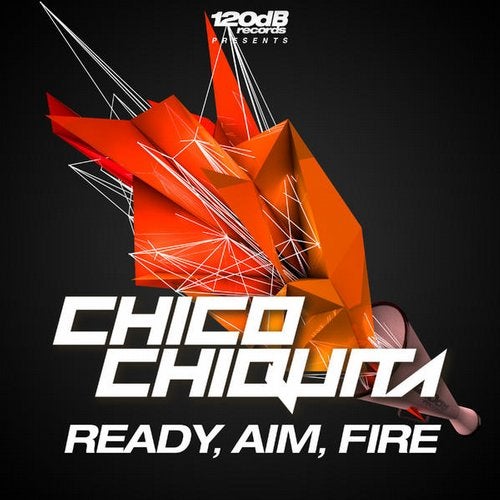 After his last single collar with Jewelz of Revealed and Flamingo Rec, 120dB Label boss CHICO CHIQUITA returns with his first solo single in years! Being way to busy running the label, building up countless artists like Laserkraft 3D, Hochanstaendig, Le Shuuk or Filip Riva, DJing in clubs & on festival stages AND hosting his weekly show on Germanys biggest electronic music radio ?sunshine live? every saturday, Chico could not release more then some remixes and sporadic collaborations with Greg Silver, Falko Richtberg, Robert M or like mentioned Jewelz. But now it is time to get back on the surface of the scene, and why shouldn't he: Chico Chiquita is a full trained musician and producer, whose first tracks were created around 2000, and his first record came out in 2004.
And just like in this tracks and Chico's last single ?Fusic? (120dB), the combination between hard and driving bass lines and catchy melody parts as always been his trademark! ?Ready, Aim, Fire? is a contemporary Big Room / EDM track with a smashin' sawtooth bass line and an epic harmonic breakdown.
Chico Chiquita is ready for a second wave of tracks to release, he is definitely ready to fire?!