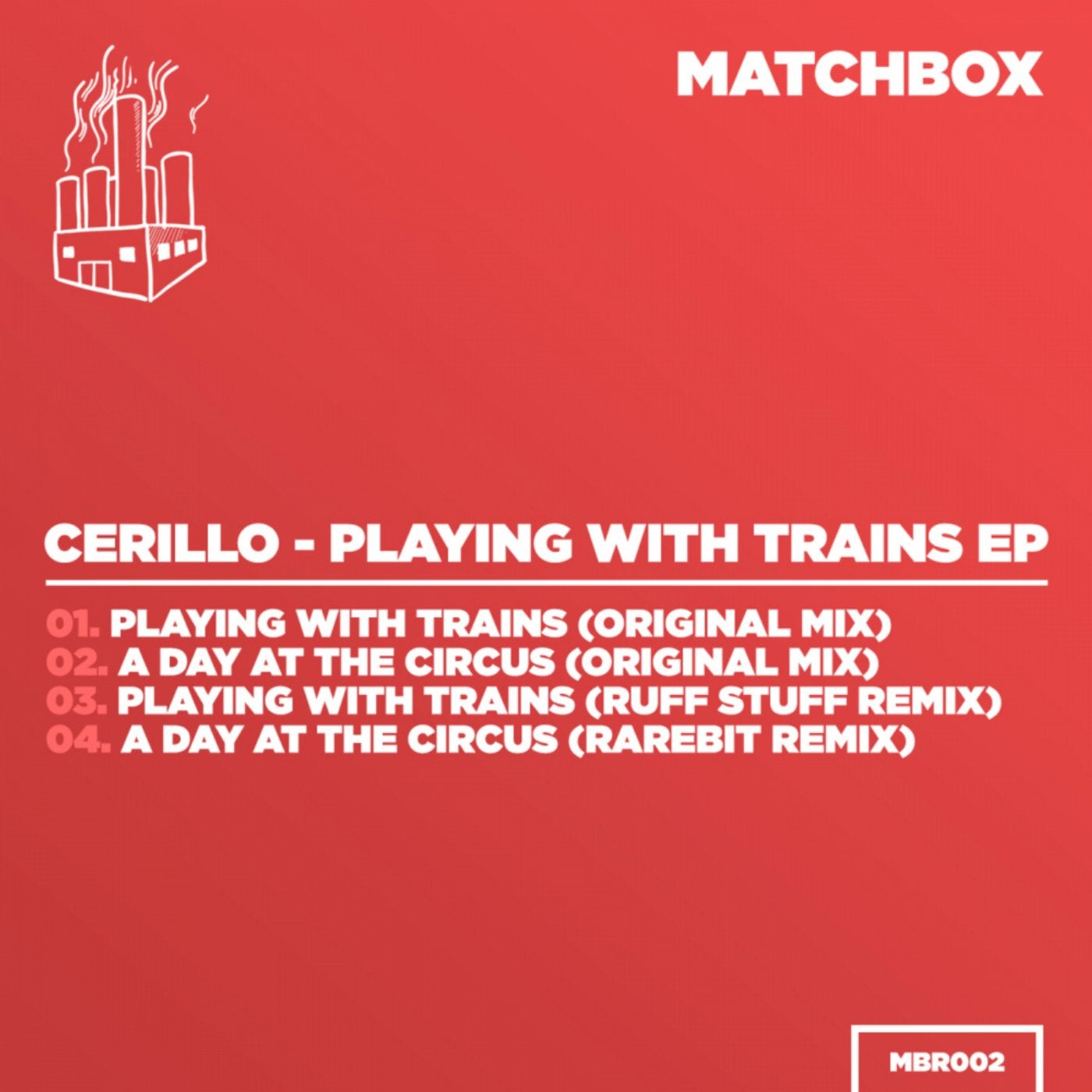 Cerillo's Matchbox imprint trucks into it's second release with another amazing 4 tracker bringing the real House vibes. This time he's recruited Ruff Stuff, of Madhouse fame and RareBiT, his personal pick for one to definitely watch out for among the deeper end of things.

We kick off with 'Playing With Trains' - It's pad-rich and comes part and parcel with Cerillo's heavy kicks, open hats and a driving bassline that lead up to a classic-esque Piano break which carries through the drop. The whole track is assisted by some amazing electronic elements which drive it to the end. Peak time stuff assured.

The B Side here is 'A Day At The Circus' which appears laid back at first but we can assure you it thumps out nicely! Lovely Autumn/end of Summer vibes off this one which also incorporates some lazy stabs and electronic arpeggios.

Ruff Stuff has managed to spin the lead track into a vocal House bomb here. It's raw yet soulful and skips along nicely. Throw in some added organic stabs and we really do have a treat!

Finally we add the deeper touch to the release with a remix from RareBiT. He's been gaining some amazing support lately from the likes of Archie Hamilton, James Dexter & many more and this remix really completes the package.