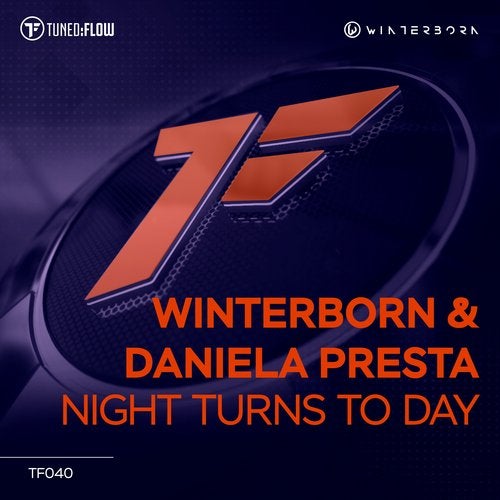 Hype
Tuned:Flow welcomes back WINTERBORN together with DANIELA PRESTA with their Vocal Trance collaboration NIGHT TURNS TO DAY.

Marco Perani aka Winterborn is an Italian born producer who has been active since 1994 producing a wide range of genres such as Pop and Rock, being responsible for the soundtrack for theatrical performances and of course electronic dance music.

Daniela Presta is an Italian born singer/songwriter professionally trained in classical music. She started self-studying solfeggio, singing, music history and classical guitar at the age of 10 and later studied creative and metrical writing. In 2007 she won the ninth edition of the Voghera Festival (which, in that time, was renowned in the classical music world) in the section "Chamber Music" for classical guitar and vocals with the song "Dear Me Ben". In 2014 she made it to the final at "Area Sanremo" with the song "With or Without You", written in collaboration with Alex Gaydou. Daniela began to compose and sing in the genres of Pop, Dance, Trance, Hardstyle and RnB and collaborated with international DJs such as Pherato and DJ Stephanie. Her cover version of "Shallow" was supported by Brennan Heart in 2019.