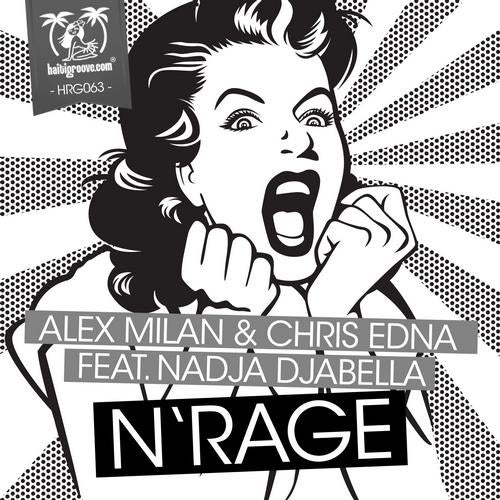 N`Rage is a co-production between the 2 french djs and producers Alex Millan and Chris Edna , combined with the lovely voice of Nadia Djabella. With their debut release on Haiti Groove Recordings they already show all their skills in the studio and deliver a real electro house club hit. The legendary french house project SUPERFUNK enjoyed the track so much and delivered a fantastic remix for it. Check it out !
Background:
Alex Millan, producer and DJ, is one of these inescapable artists of french electronic scene. From Montpellier, his first step as producer in 2004 was made by an EP Maria Rosa which have allowed him to acquire quickly and for the first time a certain fame in the techno music universe. Before that there is the Villa Rouge episode, famous club known for drawing big names of the world scene which he joins in 2000. He had the opportunity to play beside Richie Hawtin, Laurent Garnier, Sven Vth, Carl Cox Then, Alex Millan, from his real name with slave origins Alexandre Unkovic, had a course rich in releases with no less than about twenty maxis (singles, remixes, various) on several well-known labels and especially two major facts which are, first in 2008, the release on the famous German label Kompakt with the track Ironik (Speicher 62), then in 2010, what represents a real objective for every music producer, his album The collection : Triple (DJ Center). Lot of his tracks are on several compilations beside Depeche Mode, Daft Punk, Paul Kalkbrenner, Trentemoller, James Zabiela After 15 years of experience, Alex knew how to arouse the interest of big names in electronic music and by a constancy way, his tracks are played by the most famous DJs. All of this opens him easily the doors to play frequently abroad. His music wavers between rhythm, melody, and melancholy, what makes a terrific result. A style marked by his several experiences and inspirations, he seduces a wide public in search of electronic stars.