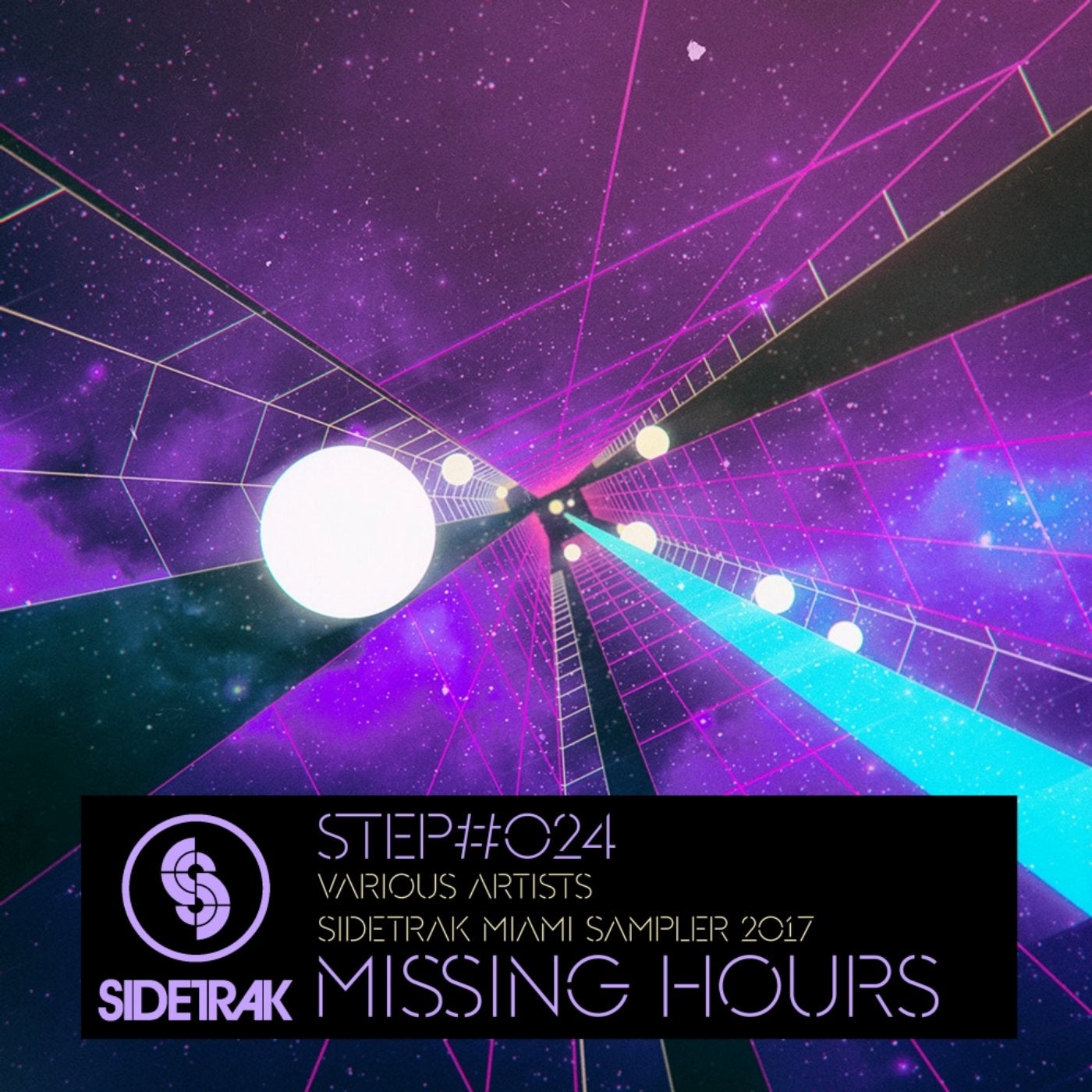 Sidetrak Records present our Miami 2017 sampler EP 'Missing Hours'. Compiled from some of our hottest current artists on the label as well as some amazing new special guests.

We have been chipping away and working hard to put this release together and continue to expand on our pulsating brand of House music.

This release features a very exciting and exclusive guest to the label all the way from Brazil, Francisco Bortolossi, who has had releases on LouLou records, Mood You Records and Stigma Recordings. You can sometimes catch him DJing alongside the mighty Kolombo at their LouLou Records parties who are currently on their world tour. He has played Brazilian clubs like D-Edge, Warung and Vibe as well as CroBar Buenos Aires and many other big festivals around the world including XXXperience, Winter Festival and Sonar Festival (Barcelona). His residency of more than five years at the Havana club in Caxias do Sul gave him the experience to play at the aforementioned nights and today he hosts residencies at SAVE Club and Amazon.

Fran's Track 'Kilimanjaro' is a saucy, freaked-out dance floor filler but has been given an even sharper edge thanks to his slick production.

Jack is an upcoming DJ/producer from the Midlands with residencies in Newcastle, Belfast and currently in the French Alps.

Over the last two years, as well as running his own night Continuous Groove and being part of the Ape-X team in Newcastle, Jack has played alongside some huge names at some amazing venues and festivals across the UK and Europe - notably Hideout Festival Croatia, Mint Club, Ministry of Sound and so on with the likes of Pete Tong, Miguel Campbell, Dense & Pika, wAFF, Solardo and loads more.

His productions have started to develop massively over the last year. Be sure to keep an eye on this guy in 2017!

James Silk returns to the label after his debut 'Sunrise' EP in December. Residing in Liverpool, UK. James focuses most of his time creating, sampling and extracting sounds from all walks of life. Whether it's disco grooves, hip shaking house or bass-laden funk, James has one goal: Make music to make people smile. With an impressive discography already, James has had music released on the likes of Berlin's high-flying Exploited, the legendary Defected Records, Tom Budden's hard-hitting Alive, Toolroom, Hive Audio, Madtech, Go Deeva and Heyo to name a few. His track 'Don Johnson' will be rumbling many a speaker and dance-floor at this years WMC music week.

Andy Reynolds needs no introduction to the label and has been featured yearly on our Miami mixed artist compilations with tracks such as 'I'll Be' / 'Keep Talkin' and 'Back to Bed' all of which competed well in their respective genre charts! His track Raw Milk looks set to keep many a dance-floor bouncing!

Next up is Richie Whitehead with his latest track 'No Tengo ID' which continues the Deep Techy vibe.

Richie's interest in house music started back in 1998 at the age of 16. He has held residencies in Middlesbrough at the very popular Reachin' nights as well as various other bars in the town. He has only started to delve deeper into music production over the last couple of years with a debut release on Attic Jam recordings. He is influenced these days by artists such as Josh Butler and Dennis Cruz to name but a few!

Thanks again from us all at Sidetrak HQ!!!