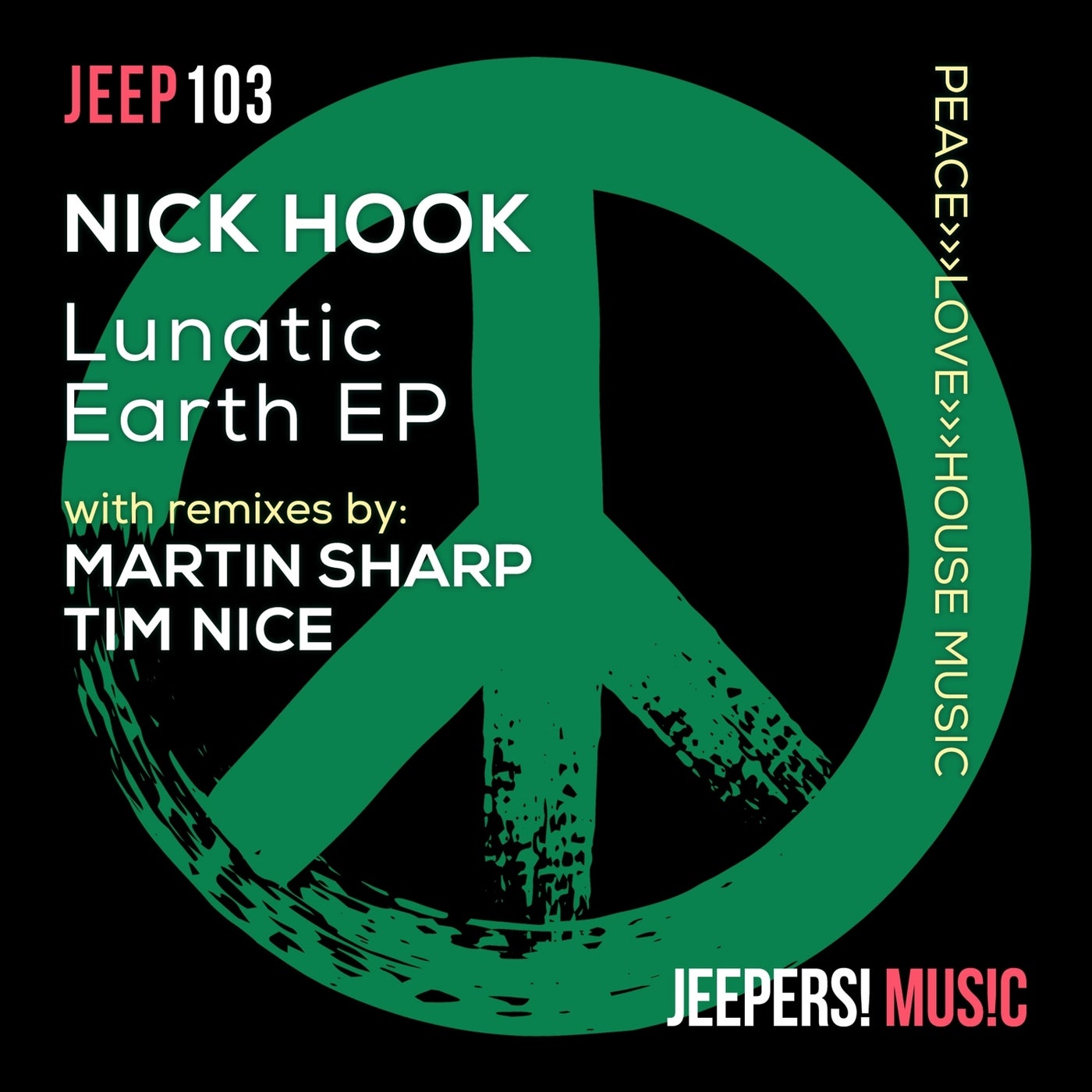 JEEPERS! proudly presents the LUNATIC EARTH EP by NICK HOOK. The EP features two tracks – 'Asylum Earth' and 'Lunatics Reprise' – that decry the madness of the people who run our planet, and are taken from Nick's debut album, also called 'Asylum Earth'.

A chunky house track with a heavy twist of reggae, 'Asylum Earth' also features a dub bass line, jangly old-school piano riff and that vocal hook: the lunatics have taken over the asylum.

'Lunatics Reprise' is a deep and dark ambient track that uses the same vocal hook as 'Asylum Earth', but keeps the vibe mellow and atmospheric.

This is an EP that doesn't just make you want to dance - it also compels you to think about the lunacy of the people who control planet Earth.