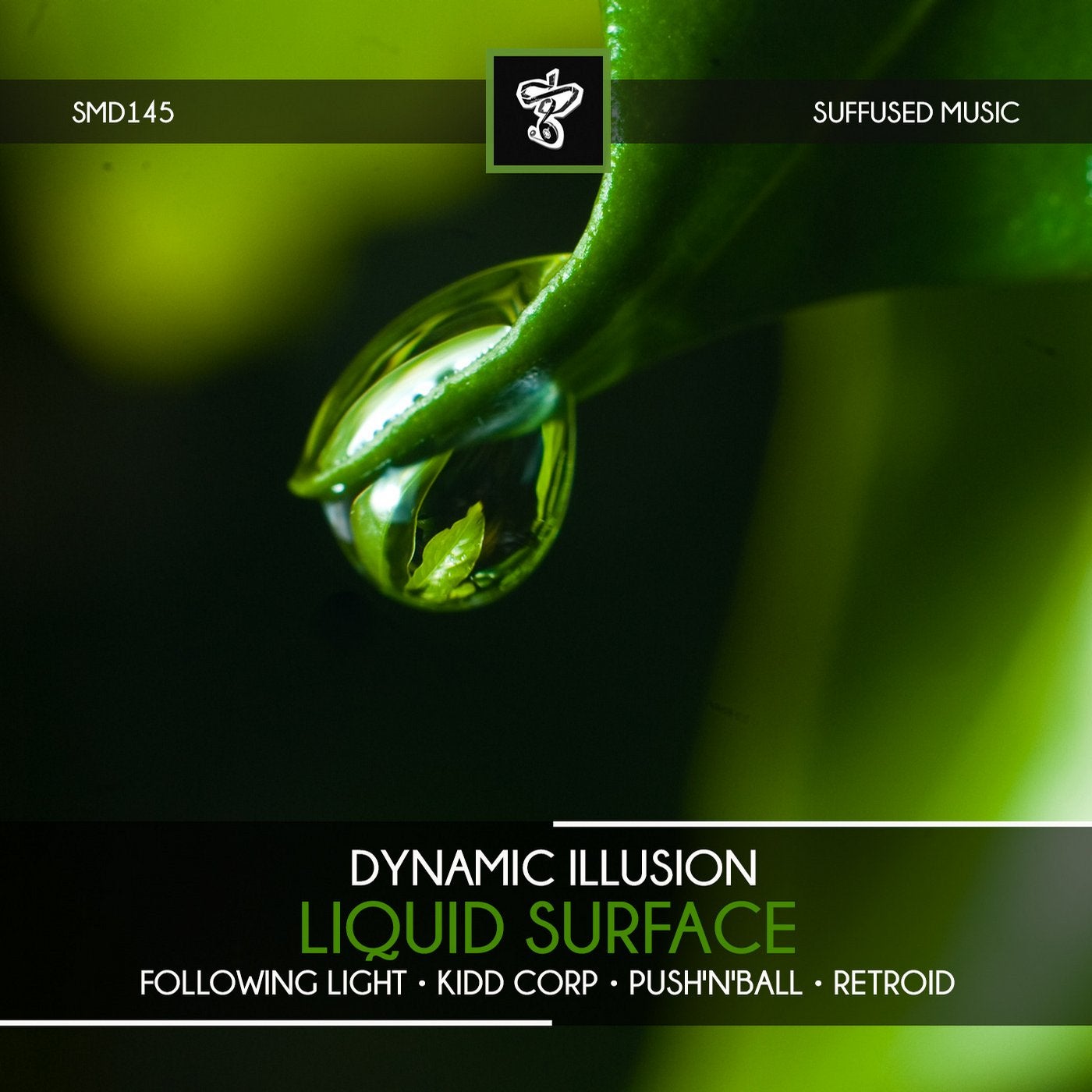 Veteran of the scene for a decade, Daniel Gyarmati has placed a significant stamp on the progressive breaks and house movement under his Dynamic Illusion guise. A regular on the Spring Tube and Morphosis labels, a clutch of productions for Suffused Music have centred around 2015's "Runaway" EP. Now returning to the label, Dynamic Illusion discovers a "Liquid Surface".

The original is a fast-paced track, filled with dynamic urgency courtesy of a running bass line and pounding beat. Hi-hat rhythms and percussive intricacy add to the action as a series of textured pads add delightful nuance, washing over the upper frequency range providing an intelligent musical paradox.

Ukrainian producer, Guk Kirill, is first to take up the remix reins with his Following Light moniker. With an academic background in fine arts to his name and the successful Inmost Records under his auspices, a pair of remixes for Suffused Music is now supplemented by a third. Taking the central themes of the original and placing them into a chunky rhythmic case, the Following Light remix adds a sinister, darker edge to proceedings through a series of dramatic effects and additional production.

Using a new creative guise to showcase his skills Gabor Darnoci, Krisztian Kovacs and Imre Szegedi, join forces with Dynamic Illusion to create the acronym infused KIDD Corp outfit. With lofty ambitions to "cultivate the real values of the progressive legacy…from a true human viewpoint", the quartet now follows up a blissful rework of "Run Away" for Suffused Music, with a grittier new interpretation of "Liquid Surface". The bass line now growls menacingly across the 9-minute journey, wreaking lower frequency havoc before a sumptuous breakdown turns the third movement into a lilting, eerie variation and a distinctive overall sound.

Hungarian duo, Push'n'Ball are next up on the remix trail. Regular DJ performances across their homeland have cemented a reputation for a distinctive sound that remained dormant in the production arena after a 2011 debut for CLS Music. Returning in 2015 with a pair of remixes and original contributions to the "X-Massive" compilation for BeMassive Records, Push'n'Ball debut on Suffused Music with a truly liquid offering that emphasises a softer melodic interpretation, redolent in cool shimmering pads and pulsating backdrops. New motifs can be heard in the back as themes gently evolve in a work of impressive skill and technique.

Adam Husz?r needs little introduction to the progressive breaks community. Under his Retroid production soubriquet, the Hungarian producer has shaped a genre with his huge rolling break beat grooves and razor sharp production skills. Responsible for the long-running and successful Morphosis imprint, a career highlight saw him asked to remix Hybrid's "Original Sin" for Distinctive in 2011. A very welcome debut for Suffused Music thus sees a trademark broken rhythm and emotive, sustained bass line rip through the first half of the track with silky pads and filtered running arpeggio. A textured and stripped back breakdown then lays the foundation for an aural assault to continue in the third movement as evocative additional melodies showcase Retroid's talent in no uncertain terms.