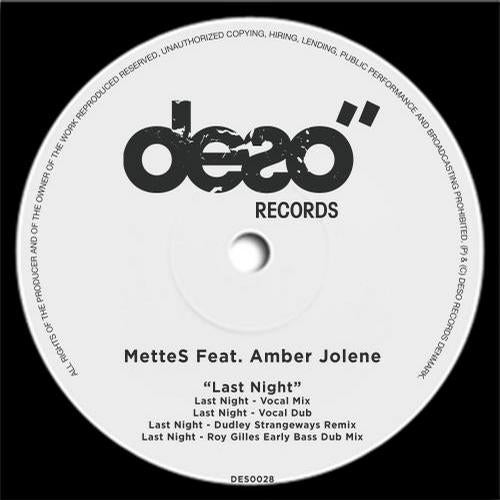 MetteS started of as a DJ in 2005 and got her first residency at a club in her home town - Aalborg. She has since then been spinning the decks at Culture Box, Skive Festival, V4 and WMC in Miami in 2010. But 2009 turned out to be the kick-start of her carrier that she had dreamed of. Cause MetteS won the Miller Floor Control (DK) in September 2009. Miller Floor Control started of in August 2009 where more than 100 dj-sets were cut down to the top 10. The following two weeks people could vote for their favourite and the three djs with the most votes went through to the finals. The participants turned out to be Knox, Massimo and MetteS who competed in the race of winning a trip to Miami in March 2010 for the WMC playing at the Miller Party with featuring headliners like M.A.N.D.Y, DJ Hell, Tiefschwarz and Heidi and many more. MetteS turned out winner after the verdict from Thomas Madvig and Tim Andresen. Recently Noir and MetteS started their new residency at Cafe Vesteraa (V4) in Aalborg. Beside this new residency Noir and MetteS have also joined forces in the studio and their first remix of the track 'Dark Place' by Paolo Mojo & Jim Rivers, which was released in January 2011 on Paolo Mojo's own label Oosh. This was MetteS very first release, but she also just finished her first single with a smashing vocal! Beside the mentioned djs, MetteS has also gigged together with Noir (DK), Deadmau5 (CA), Funkagenda (UK), Guy Williams (UK), Mutiny (UK), Ramon Tapia (BE), Sander Van Doorn (NL), Martin Eyerer (DE) and many more. Watch out for MetteS as there are a lot of new exiting things coming up! Deso Records present the first release from MetteS, and what a release, a catcy groovy track with a strong vocal by no other than Amber Jolene (Defected, Toolroom and Yoshitoshi to name a few) This pack comes with amazing remixes from Dudley Strangeways and Roy Gilles.