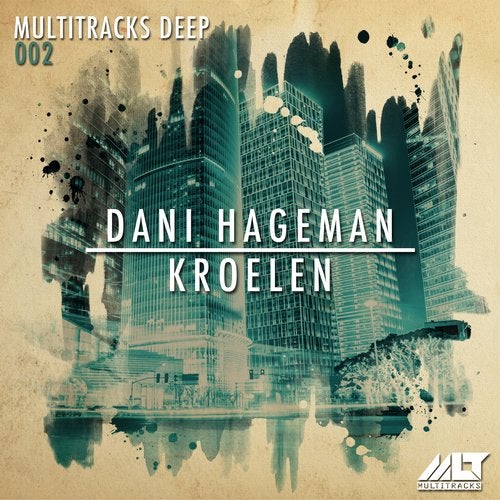 As the Multitracks family grows ever bigger and Lucien Foort continues to demonstrate his prowess not only as a producer and DJ but also as a label boss, the little brother label Multitracks Deep welcomes a new name Dani Hageman. After Funk Function set a precedent for Multitracks Deep with the old-school progressive house vibe of Empress 4, Dani Hageman steps up and delivers an atmospheric yet uplifting track that has already been supported by the likes of Rene Amesz, Jochem Hamerling, Alert and M.E.N.N.O.Under the name Muzikjunki, Dani Hageman achieved a string of releases and gigs that would impress any producer from Trapped, his 2008 collaboration with Peter Gelderblom that saw a release on Spinnin Records, to rocking clubs like Ministry of Sound and Pacha. Now producing under his own name, Dani reveals his proficiency for cooking up tech-infected house beats on Kroelen, a track that firmly establishes Multitracks Deep as a label that will continue to push the boundaries of Dutch dance music.Laying the foundation of the track with an understated and bouncing bassline, Dani layers on chord stabs and crisp percussion, combining classic sounds with a modern feel. While Kroelen promises to have feet moving and bodies shaking, the dreamlike middle section has a euphoric feel that breaks the track down, building anticipation before the irresistible beat makes its return.Expect big support for Kroelen when it drops exclusively on Beatport on 28th April, and for the full release in May.