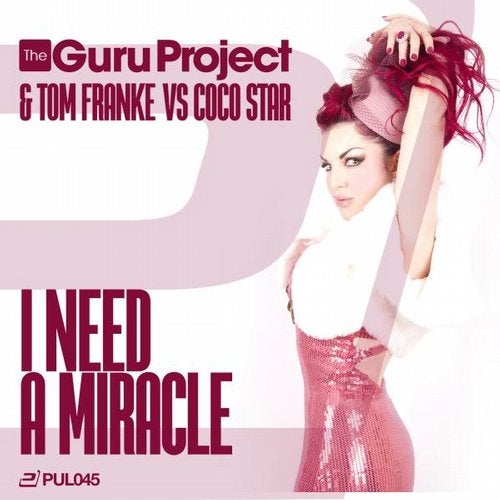 After a few years out of retirement, the legendary Guru Project have teamed up with bigFM Germany's Tom Franke & vocal sensation Coco Star to bring you this melancholic & vocal summer anthem; which will be instantly recognisable - "I Need A Miracle 2015".

The Team behind the Anthem

The Guru Project. With music forming part of their D.N.A and their passion and love for music, this has made them into what they are today. After the success of the world famous Guru Josh Project - Infinity 2008 (which gained the IDMA at the Miami WMC, and also one of the Top 50 most influential dance tracks of all time), Darren formed The Guru Project. With over 20 releases under their belts including remixes for the likes of Boy George, Tim Berg / Avicii; collaborations with the world heavyweights and not forgetting the continuous touring of clubs & festivals worldwide, these guys are set to rock once again!

Coco Star is the artist who brought the iconic vocal "I Need a Miracle" to the world. This debut single hit #1 in the UK Dance Charts and by April 2000 was supercharged to create a global monster hit following a mash-up which became huge. Selling over 150,000 copies in its first week, Coco performed this anthem live worldwide on TV, Festivals & Clubs. With her huge gospel voice quickly gaining attention, Coco was nominated for the Dancestar Awards and won the Dance International PA of the Year award. This along with being a talented songwriter has also seen her writing "It Ain't Enough" for Artful Dodger & Craig David has established herself as one of the most sought after vocalists in the world of dance music.

I Need a Miracle