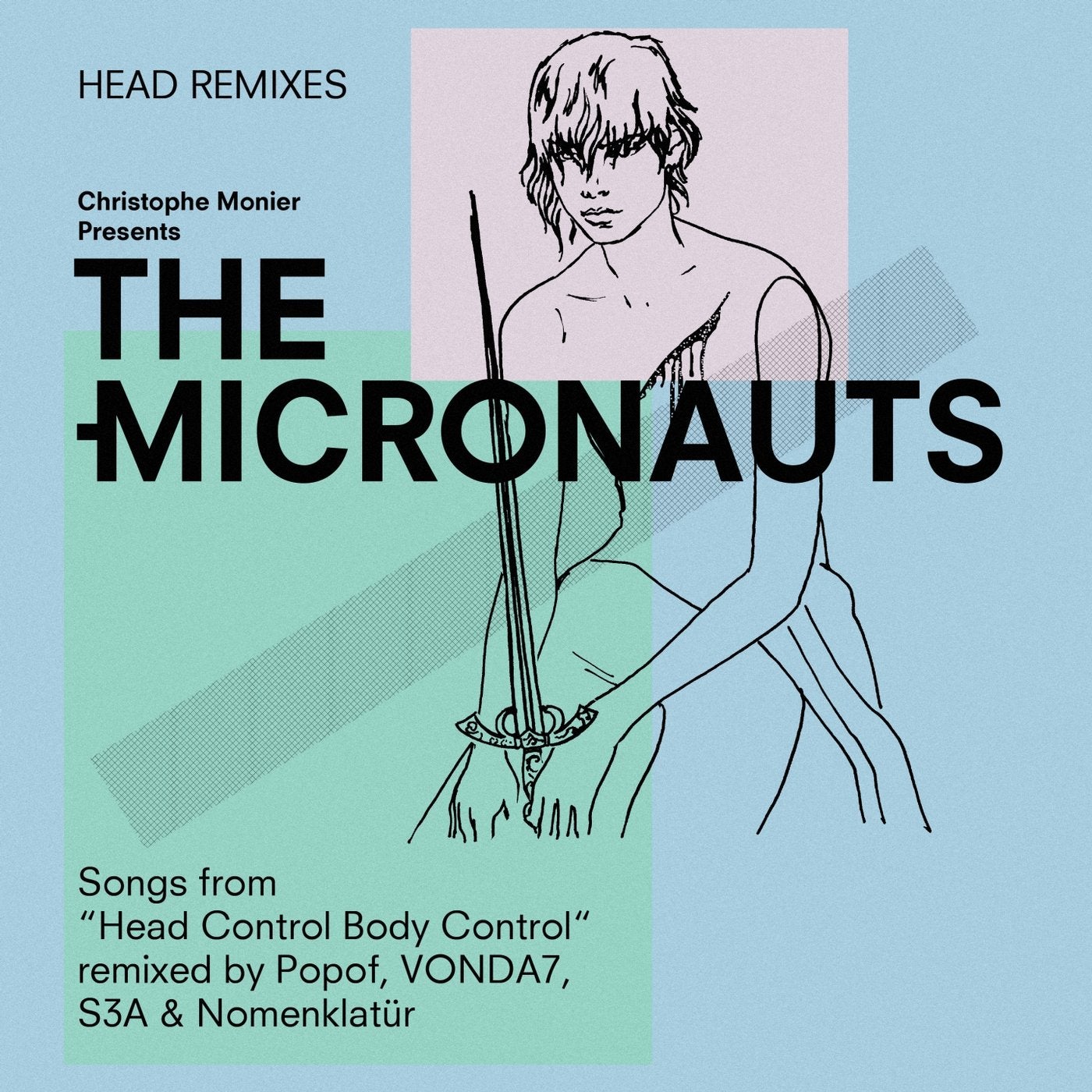 A French electronic music pioneer with more than 20 years' experience, Christophe Monier formed the band Discotique with Patrick Vidal who produced the first EP on France's first ever techno label, Rave Age Records. A founding member of eDEN - the legendary collective, first French fanzine dedicated to house and techno and inspiration for Mia Hansen-Love's recent feature film of the same name - Monier, started The Micronauts in 1995, initially alongside fellow producer George Issakidis, before it became a solo project in 2000.

Last year he released "Head Control Body Control". The Micronauts' third album, and the first for more than a decade since 2007's "Damaging Consent", it ranged from leftfield techno and acid to house, bass, electronica and indie dance. An extraordinarily rich and diverse record; "Head Control Body Control" revealed fresh nuances and sonic delights with every visit, and was a truly joyous and revelatory listen from start to finish.

"Head Remixes" opens with a remix from Popof, one of the most widely recognised names within the house and techno world. "Ceremonie" moves along an astral plane with its rumbling, trance-inducing bass line. Next in line is "Share", a remix by Polish born, Berlin-based VONDA7. Incorporating elements of garage and Detroit techno with a lively drum beat and constant but meandering layered synths.

French house producer S3A's reinterpretation of "Le Grand Soir" is an unapologetic, classically funky, disco edit, while completing the EP is a remix by stalwarts of the French underground techno scene, Nomenklatur. Their version of "Dirt" is an electrifying combination of electro and synth-wave, forming a futuristic track that also nods to the past: MS-DOS as re-imagined for 2019.

Each track on the "Head Remixes" EP is unique, with all the artists involved delivering intensely creative and personal versions, beautifully complementing The Micronauts' original vision.