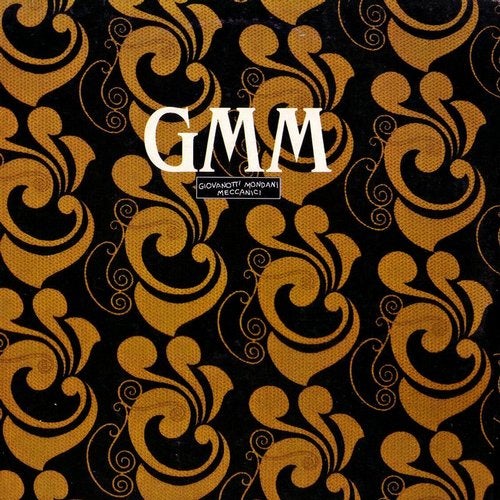 Giovanotti Mondani Meccanici: GMM (Materiali Sonori, 1985)
Unsettling electro-lounge music, cold and detached despite its jazzy and bossa shades. The decadent mood of these mainly instrumental tracks is a combination of breathy (but hardly human-sounding) synthetizers, programmed drumming, saxophone and subdued spoken-word roamings. There are a couple of cover versions, quite faithful as for the score, but totally transfigurated as for the final result: Duke Ellington's "Caravan", Gato Barbieri "Ultimo tango a Parigi", Gilbert Becaud's "Et maintenant".
The most direct comparisons is easily Tuxedomoon, but "GMM" might also remind Confusional Quartet and some "mutant disco" artists (Material for example).

The music of "GMM" wasn't originally conceived to be released as an album. It's actually just a collection/reworking of the soundtracks which the multimedia art open collective Giovanotti Mondani Meccanici conceived for their installations with the support of a bunch of collaborators. Maurizio Dami (Alexander Robotnick, a renown italo-disco artist) is the man behind the mixer, synths and drum pads of "GMM" and he co-wrote all of the tracks with Andrea Zingoni and Antonio Glessi, the core members of Giovanotti Mondani Meccanici.
The collective was founded in Florence in 1984 and is still active (though it officially disbanded in 1998), mainly in the field of visual art and videoclips.