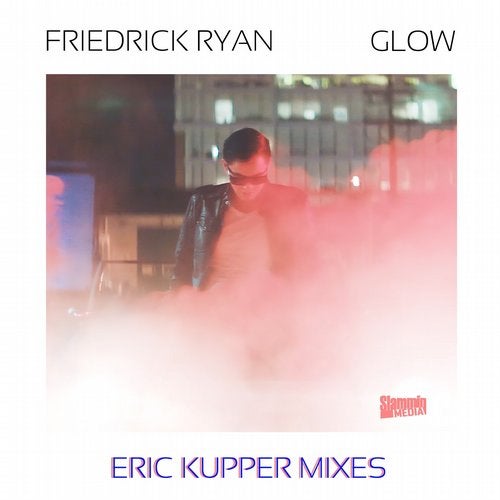 Eric Kupper got his start over two decades ago working as a keyboardist, guitarist, and songwriter for such producer and remixers as David Morales, Frankie Knuckles, Arthur Baker, Mark Kamins, Justin Strauss, Peter Rauhofer, and Richie Jones to name a few.

Since 1986 he has played on, remixed, and/or produced over 2000 records for artists spanning all contemporary musical genres. He is one of the few artists in dance music today that is a master multi-instrumentalist. A true musician. Over the years, thousands and thousands of hours in the studio has polished Eric Kupper into one of the most sought after producers/remixer/musicians in the world.

Much of Kupper's massive discography is derived from his work as a studio musician and a?remixer. His work as a multi-instrumentalist and arranger has helped sell over 50 million records?for artists such as Anastacia, Marc Anthony, Celine Dion, Jessica Simpson, and Jennifer Lopez. In the role of "additional production and keyboards" Eric has worked with Madonna, Celine?Dion, Destiny's Child, Britney Spears, LCD Soundsystem, Coldplay, Michael Jackson, Jennifer Lopez, Mariah Carey, Anastacia, Seal, Janet Jackson, Kelis, Jamiroquai, Eric Clapton, Everything But The Girl, Bjork, and David Bowie...

Recently, Eric produced a track for the October 2014 release "Aretha Franklin Sings the Great Diva Classics" which became the first top 10 album for the "Queen of Soul" in over 30 years. It reached number 1 on the Billboard R&B album chart. Other producers on the album include Babyface and Andre 3000.

Eric has remixed hit records for many Japanese artists, including Yuki, Ayumi Hamasaki, Genki Rockets, Favorite Blue, Studio Apartment, Cargo, Orienta Rhythm, and Mayu. He has also produced and co-written a song for the violinist Chieko Kinbara, an esteemed member of the Tokyo Philharmonic Orchestra.

Eric was one of the original 5 Hed Kandi DJ's, where he enjoyed a residency at London's Pacha for four years, as well as DJing all over the globe as an independent DJ or as a Hed Kandi resident. These days you can find Eric performing worldwide, sometimes with keyboards in the DJ booth for added flavor. As a DJ Eric is known for his keen ability to read an audience. Whether serving up the deepest soulful grooves or big room anthems, his sets always rock the crowd.

Cementing his underground house roots, Eric released an album in 2009 under his critically acclaimed "K-Scope" moniker. Entitled "Electrikiss," it was released by Nitegrooves/King Street in the USA and Grand Gallery in Japan. A sexy mixture of cutting edge electronics infused with undeniable soul, it was championed by DJ's all over the world including Louie Vega, Frankie Knuckles, Andy Caldwell, and many more.

In 2011 through early 2014, Eric placed a great deal of focus on his partnership with long-term collaborator Frankie Knuckles, under the name "Director's Cut". The first single "I'll Take You There" featured Jamie Principle on vocals and was released on Nocturnal Groove. Since then, nearly everything with the "Director's Cut" name on it (original tracks and remixes) has reached the top 5 on the Traxsource downloads chart, most topping the chart at #1. The remix of Human Life's "In It Together" was truly one of the summer anthems of 2011. The Director's Cut remix of "Need You (100%%)" by Duke Dumont feat. A*M*E hit #1 on the Billboard Dance/Club Chart in August of 2013. The world lost a true music pioneer upon Frankie's untimely passing in March 2014. Eric will continue to carry on the Director's Cut style, as a testament to his close musical relationship with Frankie.

In the summer of 2011, a new Eric Kupper original single entitled "Bloom" was released on Wave Music (which is also available on vinyl!!). It was championed by such diverse DJ's as Louie Vega, Francois K., Desyn Masielo, Osunlade, Danny Howells, Paul Woolford, among many others. 2011 also saw the return of Eric's highly regarded label Hysteria Records. The first release was entitled "Emeralds" and re-established the Hysteria imprint as a major contender in house music.

The first release from the new collaborative effort with Kenny Summit, under the name "Proper" has yielded a Traxsource #1 record. This single, "Over Here" on Classic Music Company, is just a taste of what is to come from this duo. Quality house music, with an emphasis on timelessness and high quality sonics...

Eric has been directing much of his focus to his independent label Hysteria Records and remixing major label artists. His Katy Perry remix hit #1 on the Billboard Club Chart in November of 2014. He has had a massive string of hit club records recently, including his solo singles on Hysteria "On Love" and "Oscillations", and his smash remix of Gusto "Disco's Revenge", also on Hysteria. Much more to come. Stay tuned...