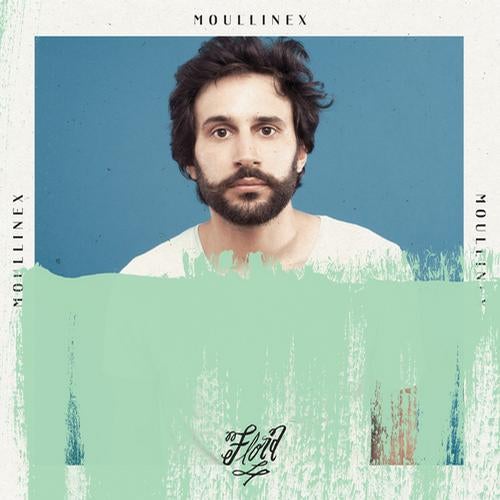 Germany's Gomma label looks to the release of the debut album from Portuguese disco aficionado Luis Clara Gomes AKA Moullinex featuring an array of vocal excellence from Moullines himself as well as guests Peaches, Iwona Skwarek and Da Chick. An insight into his musical world, featuring an uplifting array of sun-drenched melodies and his own heartfelt vocals alongside those of female vocalists Iwona Skwarek (of Rebeka) & Da Chick. Essentially "Flora" is a disco album, but it is neither a retro pastiche nor a cold modern imitation of the sound, rather Gomes has delivered a wonderfully crafted selection of songs that marry timeless melodies with a deft production touch to create an LP that is brimming with positivity. From the beautiful opener 'Sunflare' which lifts off the LP with a smile, the whole album has a life affirming tact to it, tracks like "Let Your Feet (Do the Work)" and the electro disco killer title track "Flora" bring a ray of light to the dancefloor and even the melancholically titled "Take My Pain Away" & "Darkest Night" can do nothing but have you reaching for the sky. The album closes with the a superb bonus track, a cover of "Maniac" from the 80's film Flashdance, this time featuring vocals from the one and only Peaches. Moullinex's debut has clear influences from Moroder on show, and there are elements of Daft Punk in a number of places, but throughout the album Gomes very much carves his own sound, creating a musical soundscape that brings together the best of disco, funk, soul and electronica from the last 4 decades with a defiant look towards the future. "Flora" is a surefire winner and a wonderfully accomplished debut from Moullinex and with the Gomma label behind it you'd have to say this is looking like one of the disco albums of the year.