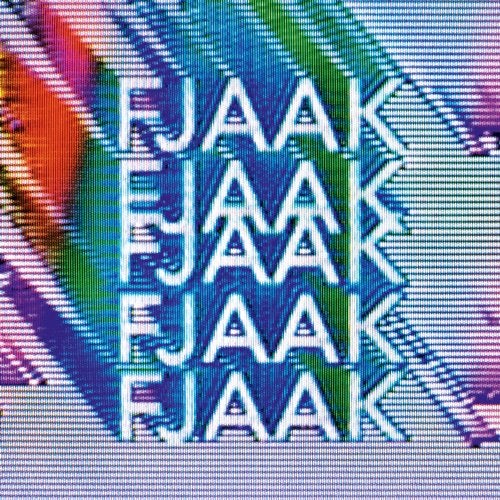 Fjaak's path led them from the periphery to the centre and from there further through the world. Their debut album for Monkeytown is as much of a summary of what had happened in the previous three years as it is an artistic statement. Fjaak combines the energetic peak-time sound of the Berlin-based trio's acclaimed Techno singles like 'Unten / Oben' with sophisticated breakbeat arrangements and atmospherically dense Ambient textures. These eleven tracks are the provisional highlight in a unique success story which started aside club culture's conventions and to this day refuses to compromise. Felix Wagner, Aaron Roebig and Kevin Kozicki were still teenagers when they developed a distinct sound which positioned itself outside beaten paths, both geographically and musically speaking. The trio cut their teeth in Berlin-Spandau's open-air scene and celebrated their frst success in the city's center shortly thereafter before taking the Techno world by storm with their elaborate analogue sound. Having released a few records, they found a permanent home on Modeselektor's Monkeytown in 2014 while incessantly traveling the world. Fjaak draws its overwhelming power from Fjaak's signature hands-on mentality and radiates the explosive charm of their live sets. Earlier this year, Fjaak let FACTmag into their Berlin studio for an Against The Clock feature, the result of which - an anthemic Techno jam - showcases the trio's spontaneous working process. 'Against The Clock' sounds rough and unpolished, just like it's supposed to be: Fjaak capture their jam sessions' energy on Fjaak. Apart from thepreviously released tracks to be found on the single 'Wolves / Pray For Berlin', the album also features a reworked version of the Fjaak classic 'Gewerbe 15'. However, Fjaak is far more than a document of Fjaak's studio virtuosity. On it, Kozicki, Roebig und Wagner channelthe diverse infuences that have informed their unique sound from the very beginning. On 'Sixteen Levels', you can hear their love for UK Bass sound while 'Snow' and the vivid collaborations with Rødhåd or Modeselektor highlight a more placid side of Fjaak. Whether it's peak-time Techno or the cowbell-heavy breakbeats of 'Fast Food': Fjaak seamlessly blends the musical tensions between subtle textures, raw kicks and smart arrangements. Here and there, there are references to a specifc 90s sound. However, Fjaak is frst and foremost dedicated to a new musical future.