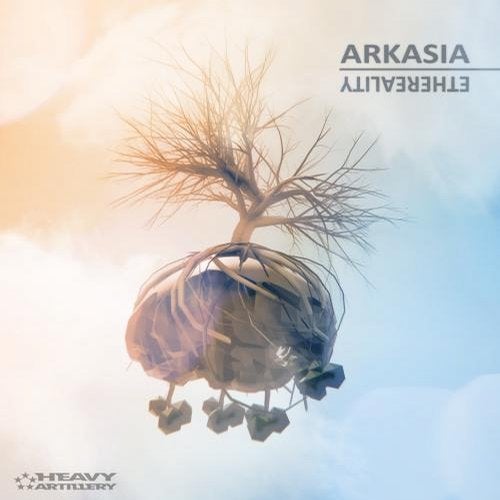 Arkasia's rise to the upper echelons of the EDM world has been nothing short of meteoric. One of the brightest shining lights to emerge from the electronic music scene in recent times, his music has earned him critical acclaim from all corners of the globe and a quickly growing die-hard fan base. Arkasia's music fronts a level of maturity and understanding rarely seen in the EDM world. A sublime sense of space, structure and flow gives his sound a refreshing point of difference. His monstrous compositions are moving, powerful and uplifting, enchanting and haunting, and touch the very depths of your soul. Arkasia's musical calling came at the tender age of five when he mastered the violin, and continued well into his teens where he was composing mini-operas by age 15. His broad musical roots and experience playing in both orchestras and metal bands is evident throughout his compositions, however his creations reach far beyond the realms of Classical and Metal, IDM, Dubstep and Drum&Bass into uncharted territories! Fit for the big screen, Arkasia's music has been licensed for major motion films like Neil Blonkhamp's "Elysium" starring Matt Damon and Jodie Foster. His diverse string of EPs and albums is staggering and his works Electronic Symphony, Impact, Phoenix, New Born, [R]evolution, Epilogue, and Vanity have all taken the #1 spots on Beatport's charts! Fast forward to now, the story of Arkasia's return to the masses is nothing short of epic. When Arkasia launched plans for his 5th album "Ethereality" he knew he needed help from his fans to be able to begin the next stage of his musical evolution. Arkasia launched an Indiegogo campaign to raise seed money for a complete studio upgrade which would open doors for a new dimension of production. Fan support was overwhelming and the goal was reached in 1 day, speaking volumes of the tremendous love and appreciation fans have for Arkasia. The effort to give fans the very best experience possible lead to the development of "Ethereality: The Game Experience", a free, first person, single player game completely designed by Arkasia in which players can explore an island searching for hidden spheres which unlock previews of the album tracks! ( http://gamejolt.com/games/other/ethereality-the-game-experience/56549/ ) So now the countdown begins for a new chapter of Arkasia's amazing journey, a voyage taken side by side, in partnership with fans, friends and family into the future of electronic music! The 12 track album "Ethereality" has it all and exemplifies Arkasia's diverse grasp of powerful composition, rich textural depth and an unrivaled vision for new electronic music that's limitless! But you don't have to take our word for it, take the journey yourself, Heavy Artillery Recordings proudly presents Arkasia "Ethereality"!