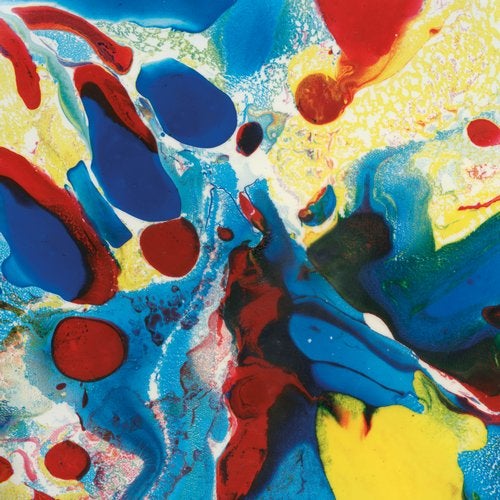 The combined forces of Frederik Valentin & Loke Rahbek ﬁrst found a way into the world in 2017 with the album 'Buy Corals Online'. Together they now present 'Elephant', an eight-track album that composes an inquisitive space with its parts. The economy of movement across Rahbek and Valentin's new collaborative album makes for a gentle transmission of its abstract intimacies. This presence, which we caught glimpses of on their previous work 'Buy Corals Online', is shaped by the delicate interplay between acoustic instrumentation and synthetically rendered sounds. Hauntingly melodic at times, the album feels like a suite of uncanny lullabies that grant access to realities that can only be found in dreams. Rahbek and Valentin are always leading us somewhere and showing us something—one piece of the scene at a time, coming and going with different parts of a puzzle that eventually settles into a complete form. And through all this we perceive an inviting restlessness on their behalf, encouraging us to stray further and further into the private space of 'Elephant'. Valentin is perhaps best known for his work in the exquisite atypical pop group Kyo, though his widereaching music and videography practices covertly underpin his ﬂagship projects. Most recently, Valentin has been working with Yung Lean as both producer on his 'Nectar' album as Jonatan Leandoer127 as well as on their commission for Sweden's Cullberg Ballet. As Croatian Amor, Rahbek has made similar forays into unworldly pop and his work with Christian Stadsgaard as Damien Dubrovnik has been as critical as their cofounding of Posh Isolation. Modest interventions from processed ﬁeld-recordings and semi-erupting synths invite you to zoom in enough to hear the human hand. An attention to listening, to how sounds cradle the small movements and gestures that naturally accompany the playing of guitar, piano, and viola, is acutely developed by Rahbek and Valentin. It's in this way that 'Elephant' persuades us that even small stories unfurl into the most intricate and tremendous of sagas.