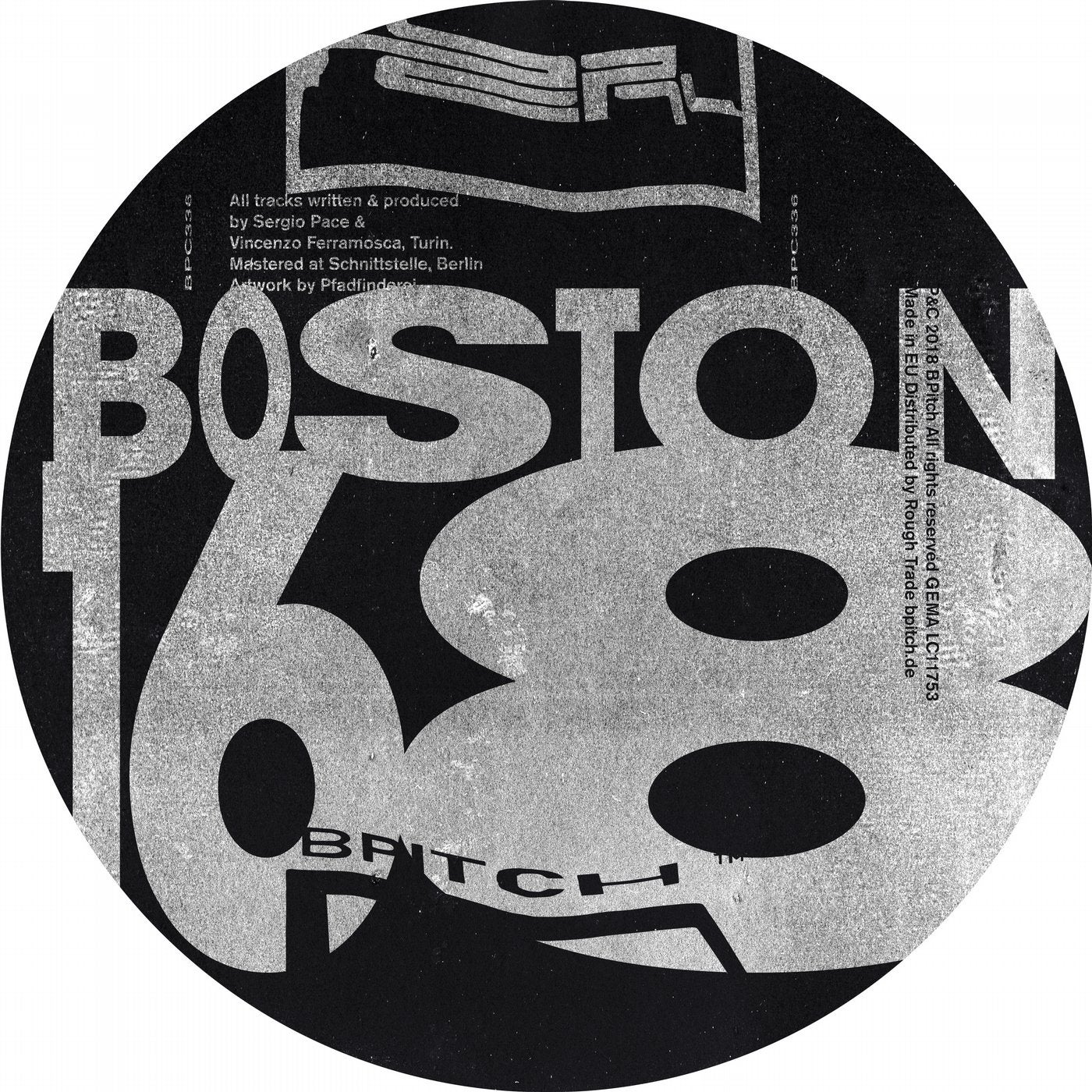 The shortest connection between the past and the future leads through the music of Boston 168. Drawing inspirationfrom both classic and contemporary approaches to the acid techno sound, early nineties rave cultureand the throbbing pulse of the now, Sergio Pace and Vincenzo Ferramosca have carved out a niche for themselves which over the past four years has become a musical microcosm of its own.

Having released a slew of records on such labels as Involve, Attic, Odd Even and Dustin Zahns Enemy, the Italian duo now presents its most cohesive musical statement thus far on Ellen Alliens BPitch. On the three tracks of »Drops In Heaven«, Boston 168 seamlessly mold together lysergic acid lines with elements of nineties ambient techno and a rhythmic groundwork that is as thrilling as it is intricate.

»Cosmic Tribe« translates its idea of universal togetherness into a nerve-wrecking groove punctuated bycomplex percussion work and a subtly building acid line, while »Drops In Heaven« uses a booming kick drum as base for an emotionally driven exploration of sonic textures. The psychedelic »Straight to Light« nods tonineties pioneers like Emmanuel Top, showcasing Ferramosca and Paces talent for creating musical depth by ingeniously bringing together a few select elements to greater effect.

These are tracks that relentlessly head towards the unknown final frontier of what techno can sound like in 2018, while not in the least neglecting the rich tradition that they draw from.