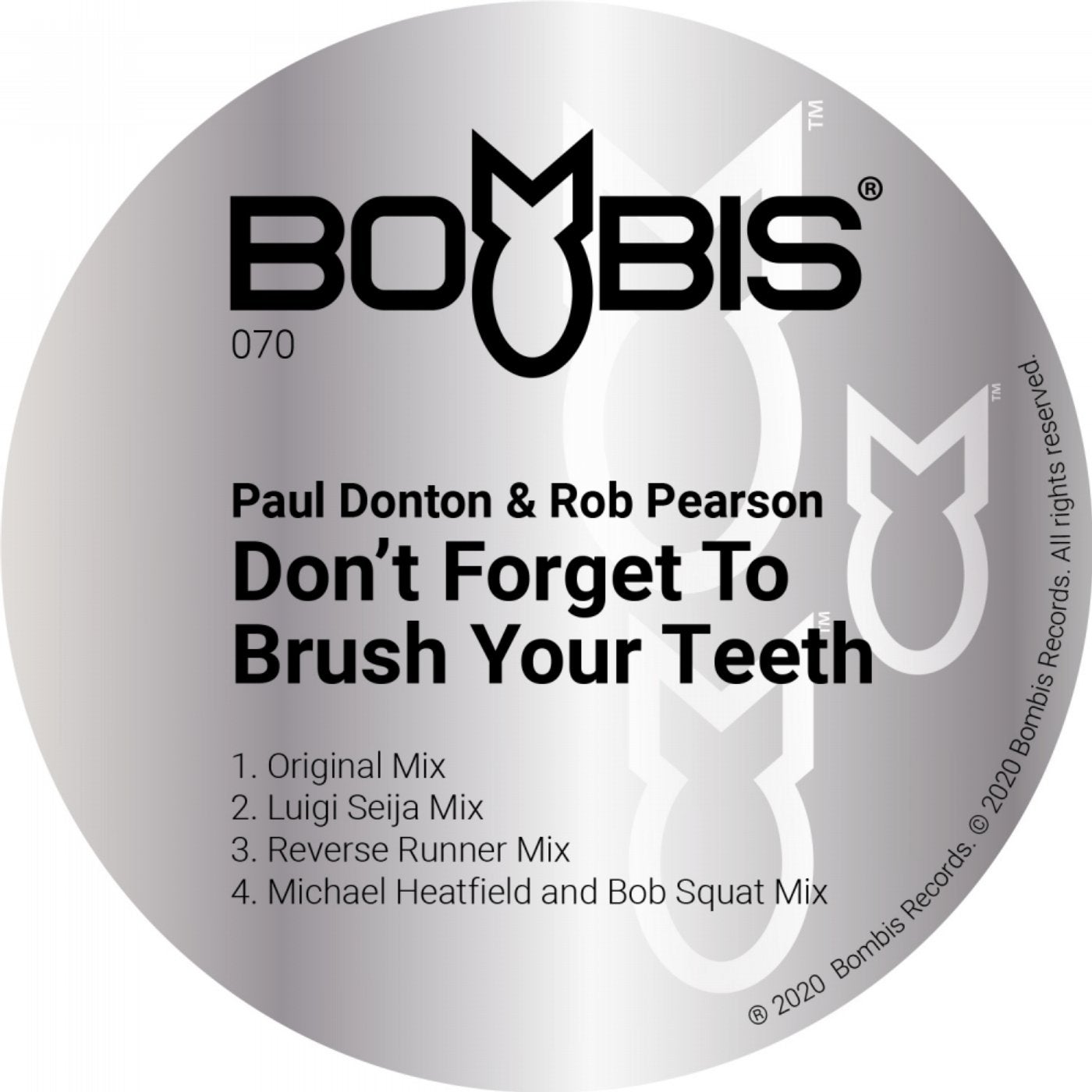 So for the final outing of 2020, we thought there would be no better way of doing this by bringing you another EP from Paul Donton & Rob Pearson.

Practically living in the studio, these two are regularly working together making tracks of the highest quality. Here we have another example of their works.

Already with EPs being released on other respective labels, the duo also have their 3rd album for Bombis and a Techno Album for Triangle Records coming up. There is no slowing down for this pairing and here with this cheeky named track. They bring another infectious groove which is going to keep you locked on that dance floor.

On the remix duties, we first invite Slightly Off Records label owner Luigi Seija.
Here Luigi brings another twisted flavour to the package. Deep, dark and dirty!
It's not what you would normally expect from one of Tampa Bay's finest.
But then again, this is why he is becoming a regular on the Bombis label as he always delivers.

Next up, we invite a new artist in the shape of Reverse Runner.
Originally from Tampa but now based in Michigan, Reverse Runner had been spending more than plenty of time with Bob Skies before his big move and proceeding into production himself.
Here he provides driving deep grooves on the menu with this one. A fine version and a no nonsense approach it just what was required.
Get ready this will knock some cobwebs out of you!

Finally and by no means least, we invite the dynamic dutch pairing of Michael Heatfield and Bob Squat.
Here they add a nice slice of Techno to the package with their version.
With a dark groove and a bouncy bassline what more can you ask for?
Get ready to bounce!

All Tracks Mastered by Rob Pearson at Online Studios www.onlinestudios.co.uk

Don't Forget To Brush Your Teeth