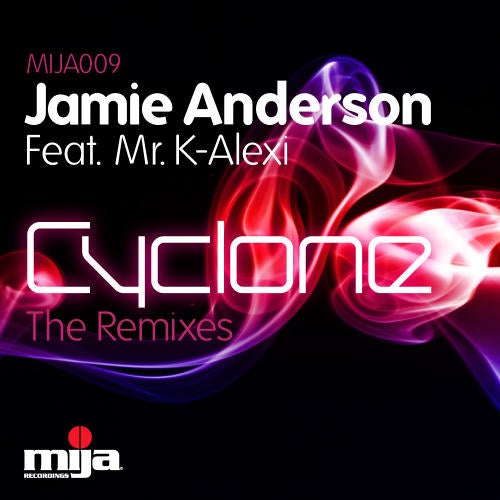 The next Mija Recordings release delivers the awesome remix package of Jamie Anderson Feat. Mr K-Alexi Cyclone. The original and dub were released in January 2010 and has been one of the labels most successful releases, so we have put together a remix package to give the track a new lease of life that it deserves! Jamie Anderson needs little introduction, he has been a mainstay & pioneer on the global tech house & techno scene for over 15 years and has previously released on many respected labels, such as Cocoon, Rekids, Harthouse, NRK, Honchos, Klang Elektronik, Rotation, and of course his own Artform. Mr. K-Alexi is known as one of Chicago's true heroes and cited by many as a pioneer of the city's sound. The legendary Kaays classic chi-town vocals are again featured of this exciting remix package on Mija Recordings. Choosing the remixers for this package was made easy by the reactions the original release received, we simply asked the people that loved the original and were supporting it. The Detroit legend Stacey Pullen charted the original in his Beatport & RA chart, so we asked him and he gladly obliged. Staceys remix retains many or the original elements to which he adds his own synth hook and percussion that sound classic Detroit! Stacey has not released many productions in recent years, but is back with a bang now, so we are delighted to have him on board at Mija. Coyu was again a big fan of the original so he was brought in for remix duties. His collaboration with Edu Imbernon El Baile Aleman on Liebe Detail was the biggest selling track on Beatport in 2009. With recent productions on Diynamic Music, Great Stuff, Saved Records, 2020Vision, Trapez, Cr2, Get Physical, Rebirth & Noir Music Coyu brings some serious new school credentials! His remix is a more dubbed-out tech-house affair that uses detuned vocal snippets of Kaays vocal. The sub bass, synth stabs and female vocal hook harks back to a classic New York wild pitch sound which is why his remix is called Coyus Wild Koncept Remix. This has been devastating on road tests so far. Fish Go Deep need little introduction. Greg Dowling and Shane Johnson have been DJ, producing and promoting since the late 1980s, and were the residents at Irelands longest running and best known house club, Sweat at Sir Henrys in Cork until it closed its doors in 2001. They have released on such labels as i! Records, Brique Rouge, Gourmet, Chez Music, NRK, Innervisions and Strictly Rhythm. The Cure and the Cause, a collaboration with singer/songwriter, Tracey K, was a huge underground hit throughout 2006 and, after a re-release by house giant, Defected, spent the final weeks of that year in the UK Top Forty Chart. They deliver two remixes of Cyclone that ooze a classic deep house that is their signature sound. Finally Jamie Anderson gives us two new versions of the track himself. His Predator remix is a mash up of Cyclone and his own production Predator that was released on his label Artform in early 2010. This is a brilliant re-work that fuses Kaays vocal with the shimmering techno of Predator, with a huge breakdown that uses classic Detroit strings and a rumbling sub-bass. Finally Jamie gives us his Re-Vox which is a re-release of the original with a cleaner version of the vocal. This still kills it! This is Mijas 9th release and their best yet. It arrives in time to be rocking your sets over the summer period. Like a Cyclone, baby!