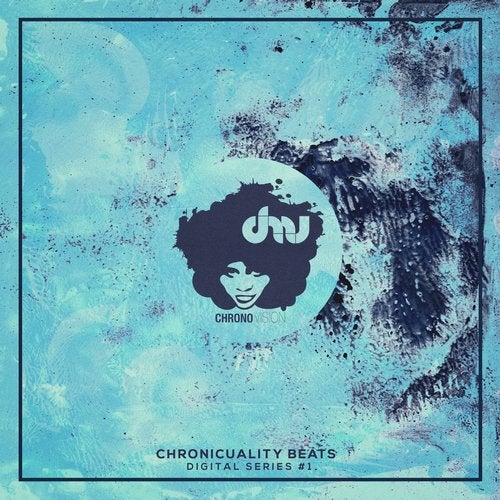 We start 2017 back on track with this Various Artist picking up from our Vinyl V.A 'Chronicuality Beats' now for a digital series bringing you some of our selected artist from our roster & worldwide connections that we've been following for some time now. Deep, tech & minimal is on the menu, 7 tune made in Heaven for the Hell mates to hammered on Tequilla at this beginning of the year and mainly at the BPM Festival in Mexico First up is Sunclock label boss DJ Vivona known on label such as King Street between others, who delivers a pretty percussive tribal groover on a techno stomper called "Lost", followed by Ibiza pioneer DJ & Producer Arali known also as Adictosound from label such as Minisketch, Tony records, La Terra or V2k records, his been working at the Sound Farm Studio Ibiza and for many years at one of the most respected vinyl shop of the island called Vynil Club, "Organic K" is a deep & trippy journey filled with tabs & synth perfectly set for your warm up act. Third position straight outta Brooklyn, Nosi music label boss Gil K teamed up with Future Is Now label boss Villeda also known on label such as Retune or his work atTreehouse Miami for a banging minimal tune to light up the darkness in a very obscure way named "She's a bad bitch", absolute beauty, Numero Quatro we have our label Godfather Sossa from Circoloco Ibiza back with an amazing riding groove and percussive techno journey keeping his signature sound "Joker" is a must for your set booster selection, at number 5 we got some proper techno from Athens, Greece, Pete McCarthey known on label such as Cocoon recordings, Alola records or Baroque records, delivers 2.00PM on a pad journey enveloping around an hypnotic techno groover, Six to fix you'll house heads off this one, is a collaboration coming up from Buenos Aires, Argentina, Agustin Dutari known for his appearance in Ibiza at Sands or Zanzibar in Playa d'en Bossa between others next to Mauro Mosciaro from El Cuartito Estudiofor a soulful joint to light up the beach parties in Tulum this summer, house music at its best beach grooves & cocktail melodies that brings us to the last but not least is the come back of our recent approved islander Hector Moralez from L.A now living in Ibiza, known on label such as Apollonia, Get Physical or Robsoul, bringing his signature sound on "Catching Feelings", proper old school underground house, hypnotic & funky slick, hope you dig any of it and much blessings for 2017 with a hit