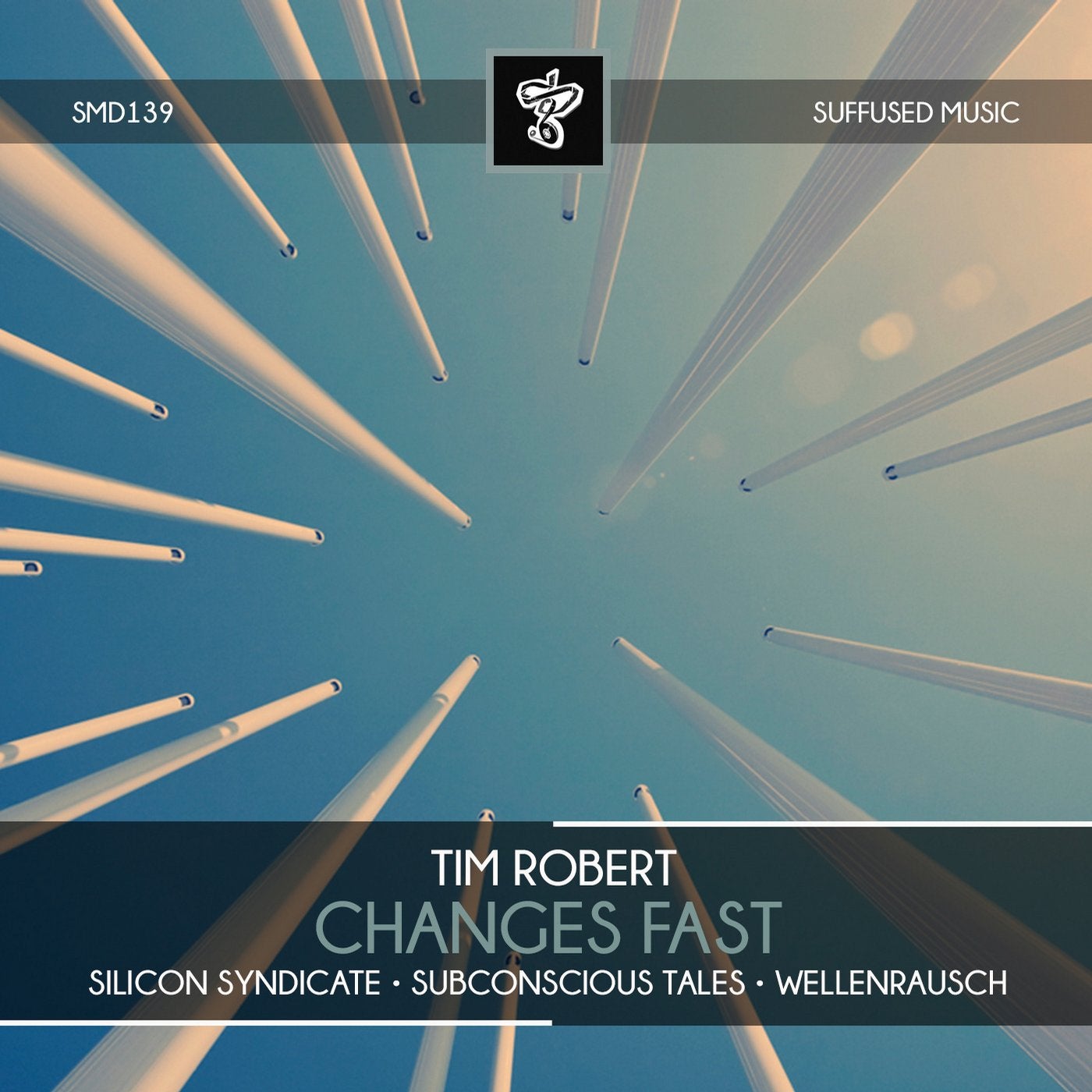 The 139th release on Suffused Music finds the label showcasing Tim Robert's 'Changes Fast' with a brand new set of remixes. Originally released as part of the labels 'Initializing Vol. 8' collection in January of this year it proved to be a standout on the compilation. Tim's ability to craft compelling sound stories was never more evident as he showcased a journey through driving grooves, soulful vocals and mind bending acid lines. Seemingly coming to fruition during the main break, the vocal storyboard and rolling bass built both tension and euphoria before piercing electronics cut through the atmosphere, ultimately summoning the kick for that magic dance floor moment. It proved to be one of Tim's biggest party records to date and now gets a well deserved single release with new interpretations from Silicon Syndicate, Subconscious Tales and Wellenrausch.

Hailing from New York, Silicon Syndicate are making their first appearance on Suffused Music. With roots in psychedelic trance the duo's fusion of techno sensibilities and progressive minded storyboards is quite intriguing and they've have created their own unique place in the underground as a result. Their uptempo, energetic style has melded wonderfully with Tim's distinctive motifs. Coming in more hypnotic, Silicon Syndicate build a kaleidoscope of keys and indistinct vocal elements around a full driving groove. It's fluid style carries it to the break with great momentum where a more emotive narrative ensues. Hazy melodies and drifting vocals make for a blissful interlude before a delicate build brings the groove back with that vortex of melody and fuller vocals leading the charge. Brilliant remix from Silicon Syndicate.

The second interpretation of 'Changes Fast' is provided by Suffused Music label artist Subconscious Tales who is making his 11th appearance. The Latvian artist took the progressive underground by storm 2 years ago when he coined the new alias and presented his first original material for Suffused Music. A recent remix of Derek Howell has been a discography highlight and he's quickly becoming one of the most in demand remixers in the underground. Here he takes 'Changes Fast' into deeper progressive territory with great results. With a markedly slower tempo and monumentally funked out groove the dance floor sensibility is quite high. Mounds of perfectly contoured bass and escalating synths make for an intense first act, leading to a spaced out break where the vocal makes its first appearance. Expertly executed, the break builds tension with electronics cutting through the atmosphere and a sheet of sonic decay making for a huge drop. Hernan Cattaneo has been the first to chime in with support as the storied DJ has been playing the track in all his recent sets, with several YouTube videos floating around demonstrating the tracks powerful dance floor presence.

Closing the release out is Wellenrausch who are making their first appearance on Suffused Music. Torsten Fassbender and Markus Geisberger make up the Wellenrausch duo and boast a discography that includes some of the world's finest trance imprints from the well curated Afterglow label to large entities like Armada, Bonzai and Perfecto. Hailing from Berlin, their deep trance sound ranges from dark and mysterious to subversive and uplifting. Here they take 'Changes Fast' into deeper, emotive territory with a slower tempo, stripped down groove and a bevy of interesting designs. The vocal plays a nice role and sits wonderfully over the the tracks intricate inner workings. Airy melodic clusters drift over the framework with a blissful flair but what ultimately seals the tracks brilliance is it's effortless, hypnotic flow. A classy production from Wellenrausch which closes the release out in style. Another package full of emotion and talent from Suffused Music. Don't miss it.