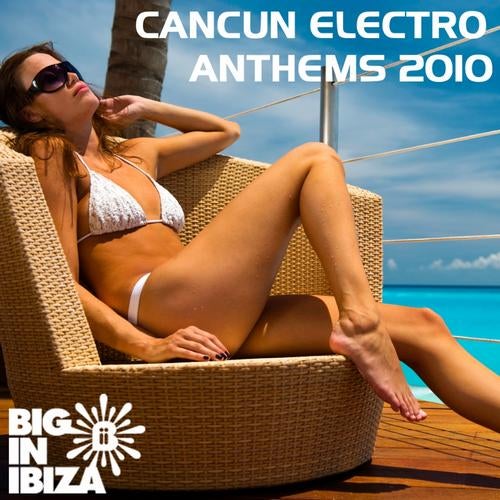 Cancun has to be the number one destination for Spring Break in the World. Each spring tens of thousands of American, Canadian (and even the odd British) students head to the Mecca of drinking and partying that is Cancun. Cancun has the best nightlife in Latin America and huge nightclubs that hold in excess of 5,000 people. World class artists from Eminem to Basment Jaxx to Sasha perform live, making Cancun during Spring Break the ultimate in party destinations. Fine white sand beaches along a 25km strip, cool blue Caribbean waters and temperatures well into the nineties ensure Cancun retains it's reputation as a Caribbean paradise. Sounds good doesn't it?! Well to emulate the sea, sun and sandy fun of Cancun Spring Break, Big In Ibiza have teamed up with mash up masters Cut & Splice to present a load of Electro anthems especially for the event. Included on the mix are some serious dance anthems including the Cut & Splice Manic Dub of Clock's legendary 'Whooomph! (There It Is)', their mix of The Str8jackets Ft MC Chikaboo's forthcoming smash 'Move & Rock It' and Cut & Splice's 'Old Skool New Skool', Vol. 1 & Vol.2. Apart from Cut & Splice's work the album also includes party anthems from Mohito & Howard Jones, BK and Tito Puente Jnr amongst others.