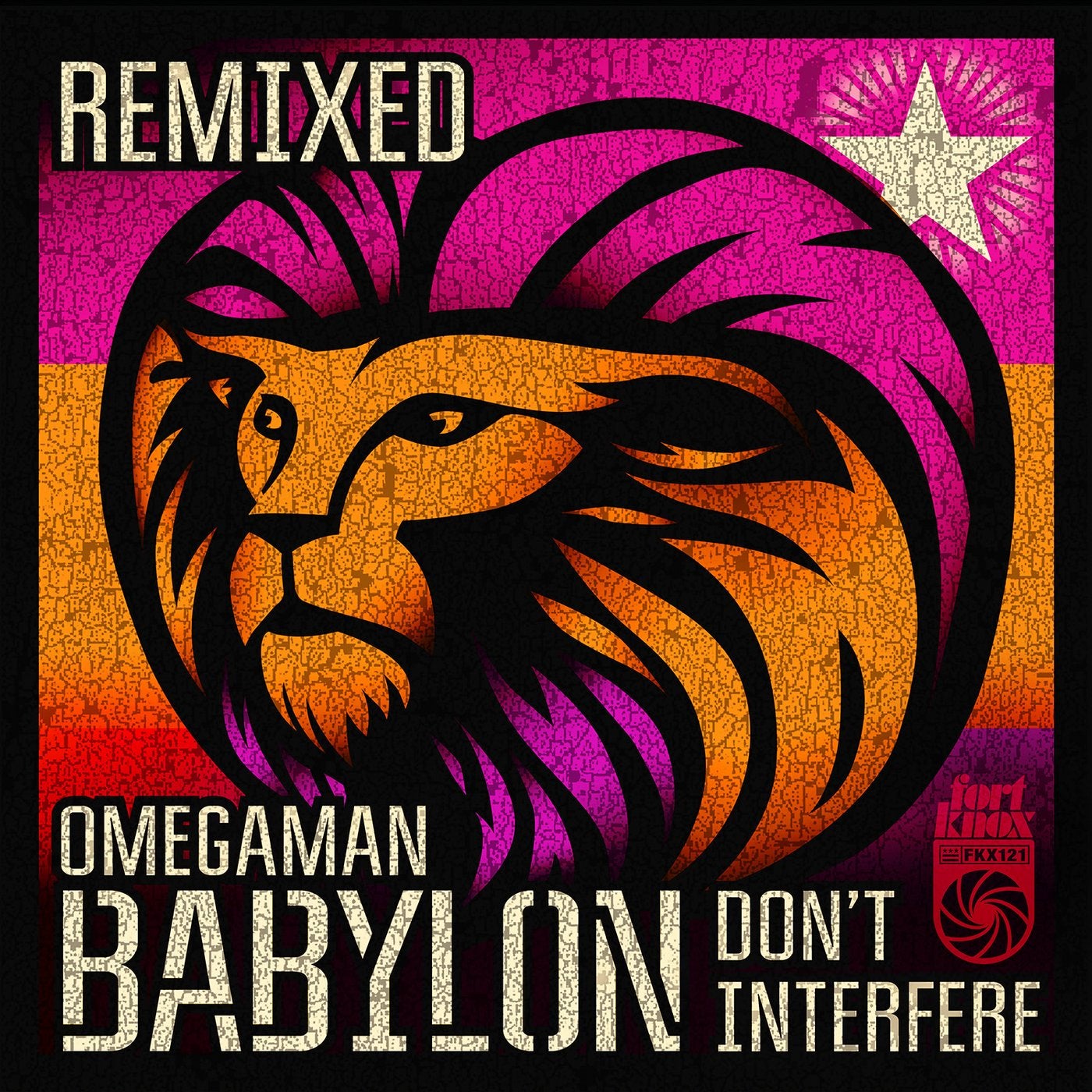 Earlier this year Omegaman dropped the Babylon Don't Interfere EP, which was an experiment into global reggae grooves as he collaborated with vocalists Desi Hyson and Edy Blu. The result was two tracks of funky reggae and tropical soul, both begging to be remixed for the dancefloor. Reworking Omegaman's tunes are none other than Ornette Hawkins from Washington, DC, the British DJ Maars who now lives in Australia and DJ Clairvo from Budapest. The vibes are coming in from around the globe on this one, taking you on a wild ride through drum'n'bass, funk and breakbeat.
First up is the DC production duo Ornette Hawkins and their remix of Babylon Don't Interfere featuring vocals by Desi Hyson. Ornette Hawkins is Marc Blackwood and Buck Crown, and the duo has already been featured on Doc Scott's 31 Records and both are busy with their own drum'n'bass, jazz and funk endeavors. The remix comes through big, bad and heavy! Which is best when it comes to amen breaks. Desi's vocals are chopped up and even timestretched for great ragga effect, with dubby samples throughout. This one is meant to be heard loud, as the horns float in and out over a very heavy bassline, get ready for some bloodclot jungle business here.Next up is DJ Maars who characteristically drops the bass and kicks the beats, he's got the goods. The DJ Maars remix is a complete reinterpretation of the original and we love it, both groovy and spacey, but pumping enough for the dancefloor. Edy Blu's vocals sound great over these beefed up hip-hop breaks, washing synths and a warped bassline. The result is uptempo Big Beat Soul and it is catchy as hell.Rounding out the release is a second remix of The Happy Ending Whisper Song, this time by DJ Clairvo of Mustbeat Crew and Lack Jemmon. Clairvo rebuilds the tune around a breakbeat core, Edy Blu's vocals are pitched up and get the sample treatment throughout. As the track builds up and breaks down, there's enough dubby and glitched out effects to please all the heads. This track will do damage on the dancefloor with its big bass drops and sweet vocals, so bring it on.