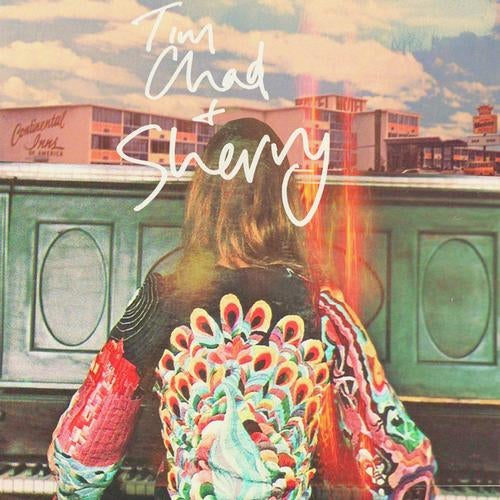 Back in 2009 A group of Silver Jews and Lambchop members got together to form a new band. The Nashville residents called themselves Tim Chad and Sherry and self-released their debut album 'Baby We Can Work It Out' later that year, catching the attention of cult band Pavement who invited them to play at their ATP festival.

Fast forward to 2012 and Tirk Records release a three track EP called 'The Love I Make', receiving support from BBC 6 Music DJs Gideon Coe, Lauren Laverne, Nemone and most significantly Marc Riley, who invited frontman Brian Kotzur and the rest of the band over for a live session on his show in 2013. Kotzur is a man of many talents. As well as drumming for Silver Jews and fronting Tim Chad & Sherry, he's a long time collaborator with cult filmmaker Harmony Korine, writing soundtracks and even appearing as characters like 'Buddy' in Korine's wild geriatric romp "Trash Humpers".

The album kicks off with the heartfelt Americana of 'Baby We Can Work It Out', followed by 'The Love I Make', the bolt of crushed funk that initially got the band noticed at radio stations in the UK. We love it. We're hit with a splash of colour with the Latin-inspired 'Yo Vivo Y Me Encanta', where front man Brian sings entirely in Spanish over chugging beats and off-beat guitar licks. 'Rocket Tonight' follows with subtle RnB flavours emanating through the vocal harmonies, suspended before the guitar and keys solos peel away into a noisy, harmonic crescendo.

'Soft Country' reign's in some of those twanging Americana influences once again to build a layered country-inspired epic. 'Called ID' brings proceedings back down to earth with it's grounded guitar and piano chops before 'Come On Down' introduces some hip-shaking, side-stepping momentum amidst radio interference, warbling organ riffs and crowd noise.

Next, we transcend into the electro-funk of 'Beyond', whilst 'Love On The Dancefloor' sounds like it could be a cosmic cover of a never-released Justin Timberlake track, before it tangents off into some rock-fuelled funk. 'What You Need' see's proceedings wind down with synths and wispy vocals permeating the field for a spaced out, smooth groove. 'Don't Disturb the Groove' is the slow-jam of the album ending proceedings with warm and soulful vocals and a crystalline finish.

There you have it. And no, none of the band are named Tim, Chad, or Sherry...