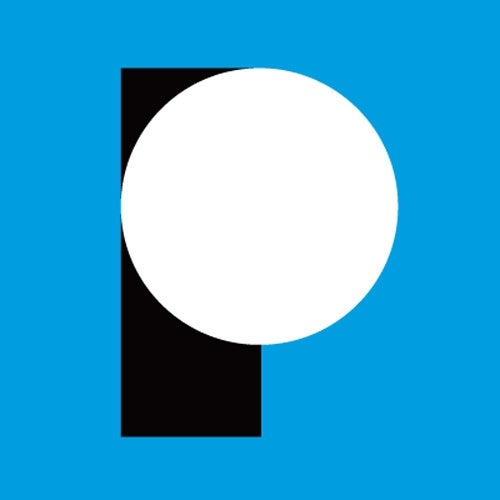 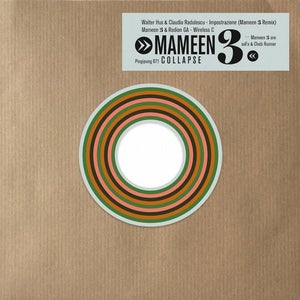 Mameen 3 are soFa and Cheb Runner from Brussels. Both versatile players in the rather niche scene of oriental electronic music in the European capital, they only ran into each other at the Nyege Nyege Festival in Uganda two years ago. They clicked and after a first jam session they immediately launched Mameen 3.
Cheb Runner is the young Moroccan producer previously known as Gan Gah, now focussing on giving a modern outfit to various MENA music traditions. soFa is a true digger between all crates (his Pingipung Podcast is a gem!), as well as the curator behind the highly recommended Elsewhere vinyl compilations released on labels such as Emotional Response or Music For Dreams.
Following the Mameen 3 debut singles on Bongo Joe with excellent spaced out reggae-disco hybrids, Pingipung proudly unearths the Collapse EP featuring two collabs with legendary musicians.


A side:
"Impostrazione" is a collaboration with Claudia Radulescu and Walter Hus. Radulescu is a Romanian visual artist who has written the lyrics for the song, boldly interpreted by the legendary Walter Hus on the occasion of her exhibition 'Hit' in Kanal - Centre Pompidou Brussels in 2019.
Hus gained international reputation as a pianist in the 1980s and works as an avantgarde composer today, among many projects he created an opera for the graphic novel "Lint" by Chris Ware.
Walter Hus performs an effusive vocal style accompanied by his modified Decap organ which became his trademark sound in the past decade. This jam delivered the material which Mameen 3 subsequently transformed into a hypnotic oriental slow-mo banger.

B side:
Wireless C features another music veteran, Rodion GA, who describes himself as "Romania's
first one man band". He produced a remarkable electro-prog output in the 1970s and 80s.
"Rodion GA sounds like he learned about music from hearing someone describe it in their second language, drunk. It sounds like nothing else: wrong in all the right ways", says The Guardian about his music. His collab with Mameen 3 turns out as a balearic, space reggae trip, with dreamy vocals by Rodion and solid bass, definitely a hymn in this year's festival season, if only there was one...