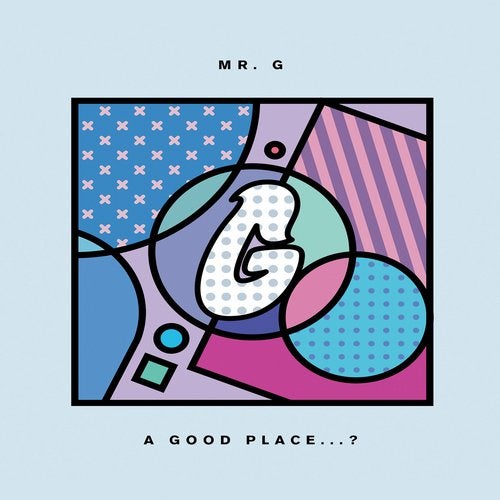 Mr. G returns for his fifth album 'A Good Place..?' landing on his renowned Phoenix G imprint in November. 'This was a real surprise as I thought I was done doing another album for a good while, but hey... I'm not complaining! Funnily enough I started writing this after some horrid treatment at a gig I did...negative start haha! After the things I've been through over the last few years just being alive is a great place for me each day and a God blessed bonus.' - Mr. G (2016) When not stirring crowds into a frenzy by performing his effervescent live show across the globe, Colin McBean's year has been fruitful to say the least, including dropping releases on Defected, Midnight Shift and Bass Culture, not to mention releasing on his own reputable label Phoenix G. Following on from last year's album, 'A Good Place...?' now sees Mr. G assemble 10 tracks that are exemplary of his distinct musical style. Atmospheric cuts such as 'Yard Food', 'The Moment You Realise' and 'In the Sun Finally!' conjure up an otherworldly aesthetic, whilst robust and moody numbers like 'Nothin' (Cause We Are Strong?)', 'Love Dub' and 'G's Jazz' demonstrate McBean's unique ability to generate raw emotion. There are also intricate productions, such as the rhythmic and percussive 'One For The Headz' and 'All In Time', not to mention the lo-fi thudding 'That Late Night Thought?' and funk-fuelled sample driven 'Interluded 1'. Mr. G 'A Good Place...?' LP drops on Phoenix G in 8th November 2016 via double vinyl and CD (Japan).