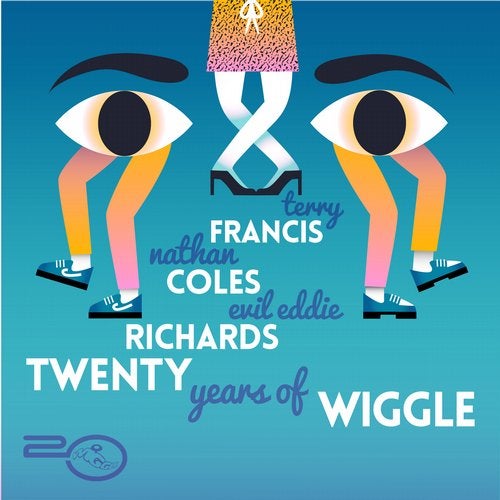 Wiggle Records celebrates 20 years of marvellous melodies and messy moments. Nathan Coles & David Coker, Klunk + Zilly (Terry Francis) and Eddie Richards encapsulate the sound of the label and the vibe of the parties with this ep. Wiggle 20 Years Of House It only seems like yesterday that I was writing about Wiggle's 10th anniversary, and now here we are a decade later, celebrating 20 years of underground ''house rhythms''. That's a remarkable achievement for a club night and, something that makes Wiggle pretty exceptional. So how did that happen? How can a night dedicated to music and dancing last so long, keep it's original audience and attract new followers with every passing year? In a word. . . consistency. Wiggle never went minimal. They didn't suddenly start booking nu disco Djs. Or randomly decide that dropping a bit of dub step might be the way forward. From day one Wiggle was all about proper, underground house music, played the way it should be. And as house music evolved, Wiggle evolved with it, often leading the way. Which brings us around to Terry Francis, Eddie Richards and Nathan Coles. Three Djs that since day one, have always been the heart of the night spiritually and musically. Sure, Wiggle has had some fabulous guests over the years, but perhaps more than anything, Wiggle is about it's residents, and, the relationship they have with their ever loyal crowd. So, I wonder if I'll be sitting at my computer again in another 10 years from now, trying to find words to describe a party that for many (from South East London to South Eastern Europe and at loads of points in between) is the best club night on the planet. I hope so. Happy Birthday! Words by Dave Mothersole www.wigglelondon.com