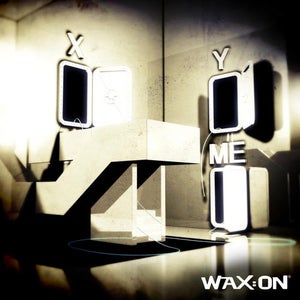 To suggest that the latest cut from XY-Me takes you on journey would be a mega-cliché par excellence but there is definitely a destination in mind as Denton, Wilson, and Lister, the triumvirate that form XY-Me, unfold trick after trick on their debut for Wax:On Music, B-Acid.Tough techno base-coats with a real sense of melody and purpose. Nagging arpeggio rhythms and percussive energy glue together rich textures and strong musical ideas; robotic slurps, sweeps, and swells fill the space between drum and bass, making the route from A to B less 'marching army' and more 'spaced invaders'.As a three-track title from Wacx:On Music, alongside the 'Original Mix', man of the moment, Bowski, strips things back to jack things up. Applying that special Bowski bounce gives B-Acid a unique, fun appeal; a style of techno Bowski now finds himself highly regarded for. Finally, People Get Real (two thirds of the XY-Me trio under an alterative moniker), slip you into something a little more snug with a 120bpm dubbed out affair; monster driving bass and plenty of audio mind-trickery to distract even the weariest of travellers away from the bar and back to the floor. Dig deep.XY-Me B-Acid is released on Wax:On Music on the 21st AprilXY-Me is a collective 3-piece hailing from the northeast. John-Paul Denton, a producer who has worked on numerous music projects, now forms the XY-Me collective alongside Peter Wilson and Simon Lister.