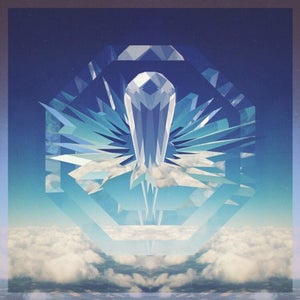 The third installment of Plastician's Wavepool series sees 33 tracks land on Terrorhythm, five years on from the initial mix that sparked conversation about the genre's potential.

Fast forward to 2020 and the sound and community surrounding "Wave" has grown and splintered into offshoots such as "Hardwave" which has seen the sound adopted by DJ's more likely to be found in huge concert stages than small dark basement venues. With community still at the heart of the sound, this compilation rings truer to the origins of the genre, with nods to the future, brighter end of the Wave scape throughout the compilation. Producers from 3 continents are represented - documenting the scene's growth way beyond the circles it one operated within. As the sound metamorphosises from URL to IRL, it's clear to hear how varied the style has become since the previous Wavepool outing in 2017, with Eastern Europe's flashes of Trance influence dancing in tandem with the UK's Grime and Garage influence, as well of course as the tried and tested foundations built on the USA's Trap rhythms and drum samples.

With the genre moving at a rapid pace, Plastician's ear for the smoother end of the sound keeps a tight grip on the majority of the selections in hand, but we are reminded of just how bright and colourful this genre can be with bursts of energy throughout the compilation - bringing a well rounded taster for any curious ears out there.

The Wave is certainly not just a classroom exercise....