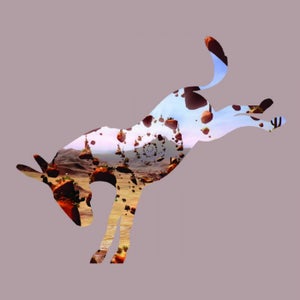 In mid-October of 2013, the Donky Pitch label released their first full length album from a then relatively unknown artist The Range. James Hinton had been cultivating a refreshingly singular take on electronic music as The Range via releases on Astro Nautico and a series of EPs on Donky Pitch that had been leading to the recording of 'Nonfiction', the undiluted and clearest vision of his individual sound. Offering snapshots of sounds and voices, and presented in a highly imaginative and unparalleled style, it drew plaudits from across the musical press and an ever increasing fanbase.

Now five years on, and to celebrate that landmark in both the label and James' journey, they revisit the period before the album to bring you 'Providence', which includes three new tracks mostly untouched from the recording sessions for 'Nonfiction' and it's follow up EP 'Panasonic', along with a new version of album closer 'Metal Swing'.


James Hinton released 'Nonfiction' in October 2013, receiving 'Best New Music' and a place in the Top 50 albums of the year from Pitchfork. Further praise came from Billboard, XLR8R, Dazed & Confused, Line of Best Fit and many others. After releasing the 'Panasonic' EP with Donky Pitch in March 2014 he signed to his current home of Domino, releasing his most recent album 'Potential' as well as a number of singles, remixes and collaborations with other artists.