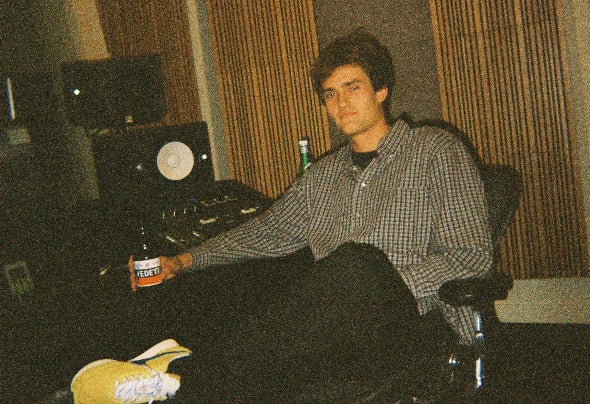 Toolate Groove figures among the brilliant new wave of artists who got heavily inspired by breaks, soul, jazz, blues, but above all by the golden 90s house music from the other side of the Atlantic. The Brussels-based producer and DJ is on a lifelong mission to learn the best out of that timeless music to keep this old grooves alive for the future generations. And there is no coincidence: he started playing piano at a very young age and got his career start in 2019 when he discovered the pivotal role of piano in house music. When it comes to production, the listening ears out there will very likely recognize straight influences from Chicago, New York and Detroit legends such as Chez Damier, Kerri Chandler, Theo Parish or Moodymann. First, take hard-hitting house beats. Second, add circumspect and dreamy piano notes. Third, dust it with joyful garage vocals. Here’s his secret recipe to produce sophisticated and lively house music. To fully express his creativity, Toolate Groove co-founded Cosmic Breeze Records, which he defines like a soulful-based emotion and borderless label focusing on exploring naturals sounds, atmospheric dreamy vibes and hypnotic grooves. All that being said, he has now been resident at the well-known Belgian club La Cabane.