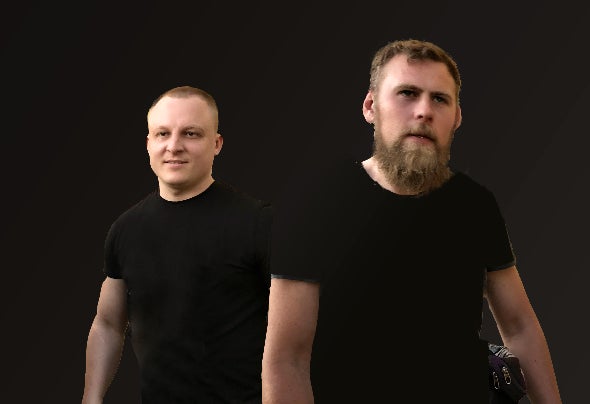 Electronic duo of Andrey Andreev (AndRave) and Pavel Gorelikov (Unclepasha) from Russia. Everything got started in 1999... First PCs,first attempts of using programs. within the time they got necessary skills and the sound that used to be unsophisticated turned to be more onsistent. Having absorbed all music-store's electronic gifts (paying special attention to such labels as Ninja tune, Worp, Defected, Perfecto, Ministry of Sound), each of them started mastering dj-ing and giving performances in clubs. Step by step, while aspiring and being in progress, they gathered quite worthy material and, as a result,in 2006 tracks"Magnum" and "Arcan", featuring Karina Milli had an increasing success and were released on CD's as a part of several compilation. Remix of British producer "Edu" was highly praised, which led to release on Lost Language Records. Later on, one of remixes on the track Alandanat and Roma Pafos - Baraka's Violin, got high evaluation. A major collaboration with Mediadrive records followed this. Several EPs were released in 2009 on the UK label Primal Recordings. This made happy with a positive reaction, track "Butterfly" feat. Jeneva was supported by Markus Schulz, Solarstone, Andy Moor, Matt Darey, M.I.K.E., Ronski Speed, Talla 2XLC, Andrew Parsons, Mr Sam. In 2021 Supramental started his own label Eventandrave Records. Sending other works to various labels also brought joy by positive reaction and several business offers. since 2007 this promising Russian project tours regularly and plays gigs in many Russian cities. the base genre of Supramental’s mixes is progressive, with can be found in different ways: from subtle sensual sunrise melodics to solid dark dynamics.