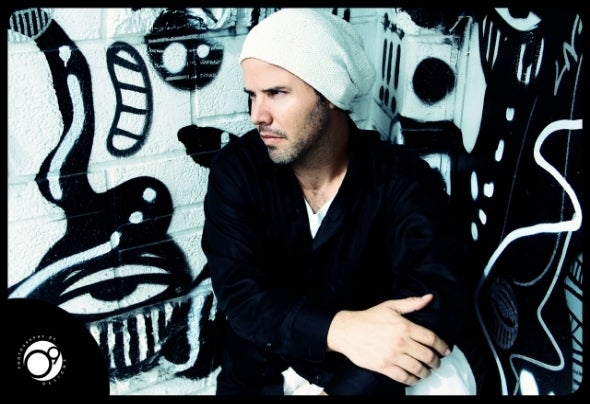 Soul...immaterial essence...Soulistk born in the quintessential Spain, one of the meccas of the Electronic Music Scene and the playground that inspired Soulistk to become a professional DJ in such an amazing and constantly evolving music industry. Soulistk at the age of eighteen started to develop his own style and decided New York City was the place to be in order to obtain perfection in his skills. In the late 90's Soulistk has had the honor of having residencies in the Miami Nightlife Scene, Liquid Night Club and GrooveJet , working direct ly wit h club owners Chris Paciello, Ingrid Caseras, Greg Brier and Mark Leventhal of ML Production. Sharing the stage with well know DJs such as Little Louie Vega, Victor Calderon, Keoki, Jr. Vazquez, Armand Van Helden, Roger Sanchez, DJ Sugar and DJ Luis Diaz just to name a few. The Fort Lauderdale Night Club Scene also had a taste of Soulistk with a residency at Polaris.Durring Soulistk’s stay in Asheville he created an After Hours called Full Moon Junction, Life Parties and the production of Manna Food Bank Benefit 2003 in Asheville NC.Soulistk became affiliated to Emphatk Productions, he produced and collaborated on tracks such as "Carpe Diem" with T. One of Emphatk. Soulistk was recognized as a DJ/Producer being published by Peer Music in the Latin Jazz Album "La Voz Que Cautiva el Alma" by Liz Meza for the remix version of the track "Song for Cat", currently the remix is ranked among the top of Liz Meza’s songs on iTunes.Having a residency at Laundry Bar, The Mark, "Soul Disciple Nights” (FLUX) at Purdy Lounge, special guest appearances at PS14, Ambrosia Ambiance Tour with DJ Inga Ambrosia and EarthDance at Area 57 Miami FL. Soulistk performed the opening ceremonies at the Area 57 Studios for the first Massive Music Festival during the Winter Music Conference. He also teamed up with Frankie Morales (creator of Church, The Kitchen Club and Darktronica parties) and brought you "Hush" Thursday at the White Room along with a resident night "In The Bizz" Mondays @ The Standard Hotel | Lido Lounge & "Free Yourself" Fridays at Bar 721 Miami Beach and also part of The Forge roster of DJs in Miami Beach.Keeping up with the constant evolution of the music industry is what has been fueling Soulistk's existence for the past fifteen years. He will be releasing his productions under the guiding light of an icon in the music industry Oba Frank Lords (The Voice of Dark Beat) together they have formed the production team known as P.I.S.T. as well as founded 4TUNE Entertainment with Saul A. Alvarez & Carlos Torre. A Record Label/ Production Studio for artists by artists. Stay in the loop to see what else will come of this bright young talent who is rising in the scene of electronica.