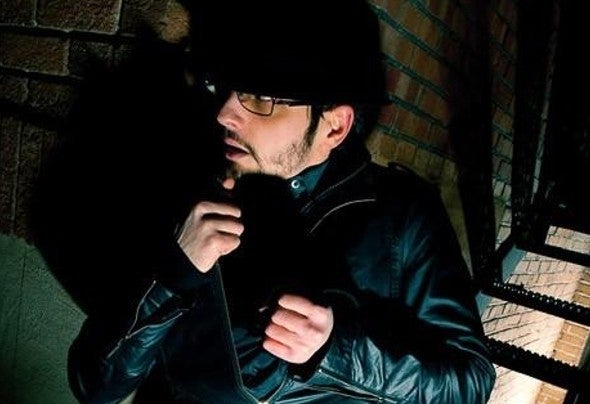 With a firm belief that soulful melodies, ass-shaking basslines and debonair drums are at the core of a quality tune, Sneak-Thief's tracks deftly reside somewhere between melancholic mechanical music, electrofunk and R n' B. Since 1997, Sneak-Thief has performed throughout Europe and North America with his all-synth, no-vinyl & no-laptop live act. Lindsay-J joined Sneak-Thief's live performance in 2002 and has since collaborated on various Sneak-Thief projects.In 1999, Sneak-Thief founded Gingerbread House Records as an outlet for his raw electro-funk and freaky beats. Lindsay-J has provided Sneak-Thief with unending musical inspiration, not only through her compositional expertise, but also with her soulful vocals. In 2002, Sneak-Thief began a unique collaboration with Stephan Busche, aka DJ Gitano, and one half of Fancyman (Gigolo, Lasergun). The sound that emerged was a gritty combination of E.B.M. and italo-disco. Their project is called Polygamy Boys.