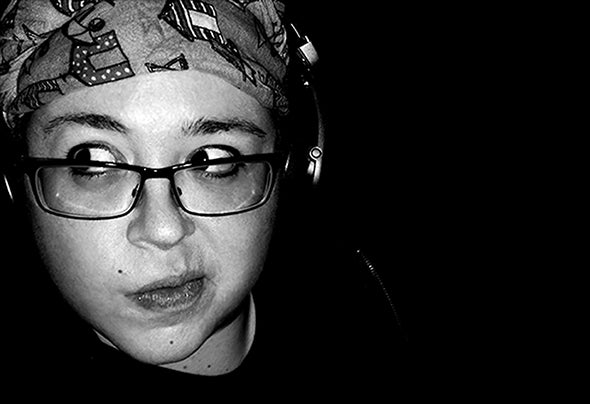 It was pretty much inevitable that Roxie Webb would end up making music.Having grown up in a household full of instruments, with her dad and uncle playing in a succession of jazz bands, appreciation for the skill and techniques of music across the genre spectrum was taken for granted. So, from a young age, Roxie was building a palette of influences that spanned Django Reinhardt, Pearl Jam, Aphex Twin, Portishead, Wax Doctor, and all points in between.Despite this early education, it took a few years before Roxie decided to take music- making seriously. After all, she had a parallel passion for visual arts, working as a photographer and video editor, which kept her creative instincts satisfied for a time. But, then, working on an online magazine led to her brushing up against the world of drum 'n' bass, meeting producers, DJs and MCs, and it became clear that this was an avenue she wanted to explore.Fast-forwarding through the following years of hard work as she studied the producer's craft, documenting her progress with a gradually-improving series of Soundcloud releases, brings us up to date. She caught the eye of the Deep Down Dirty crew last year, and is now set to make her debut as one of 2018's artists to watch. Keep your eyes and ears open. The Roxie Webb story is just beginning.