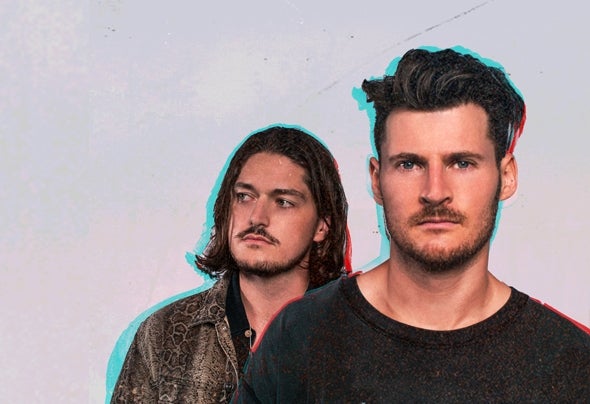 Think you know Rave Radio? The Australian production duo have fast become one of the most buzzed about acts in the electronic dance scene, with their high-charged performances dominating dance oors in more than 50 cities across Europe, Asia, Australia and South America. Take a look at their notorious tour videos, and you’ll start to understand the hype. With their gnarly attitude, quick pulses and ecstatic drops, Rave Radio have racked up viral video success with over 21 million Facebook views on their breakout live drum pad performances. Serious international crowd pleasers, their epic 2019 touring schedule has led them to perform an impressive 170 dates this year and landed the duo Main Stage at Asia’s biggest music festival S20, performing alongside Tiesto, Steve Aoki and Knife Party. With their electrifying sets heating up the dance oor, Rave Radio continue to make waves on the club charts, with their single ‘You’re Making Me High’ reaching over 1 million plays on YouTube alone and hitting #6 on the ARIA Club Charts. With regular features on Channel V & MTV Australia, 2019 has seen their music gain major traction with hits ‘Turn Me Out’ gaining attention with over 4 million plays on Spotify, and their latest single ‘SIKDROP’ on Will Sparks’ Bourne Recordings hitting #25 on Beatport Electro. Their synth heavy, quirky bass driven sound is quickly becoming their trademark. Their upcoming 2020 release ‘Get Up’ on Oliver Helden’s ‘Heldeep Records’ is set to be their biggest single yet – a slick collaboration with 70s disco legends Dazz Band, along with a number of high prole collaborations soon to be announced. DJs, musicians, and all-round entertainers, this adrenaline-charged powerhouse is conquering the biggest festivals and clubs around the globe, and they’re only just getting started.