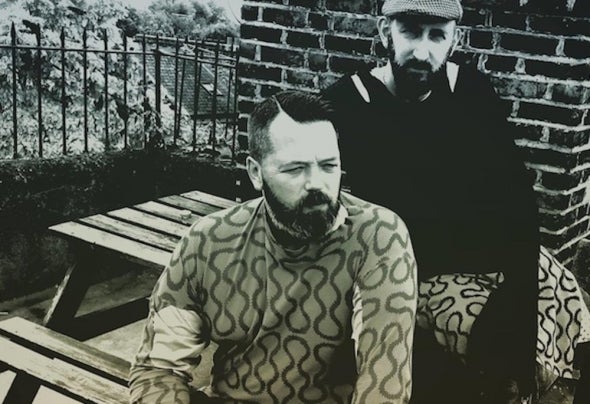 Punx Soundcheck are a longstanding pillar of London’s Underground dance scene. As DJs and producers they have consistently been at the bleeding edge of electronic music, straddling genres, and constantly evolving their sound, utilising both a dazzling array of original vintage synths and cutting edge studio hardware.Both legendary dance music producers in their own right, the duo of John Taylor and Roland Faber make a formidable team, weaving together their collected influences into their distinctive sound.As one of London’s most respected and forward-thinking producers and DJs for many years, John has played all over the world countless times, from the opening and closing parties at Space Ibiza to tours of South America, from Japan to New York to Russia. Constantly pushing the envelope, John remainsat the cutting edge of both sounds and technology, always approaching both production and his DJ sets armed to the teeth with serious hardware and even more serious sonic weaponry. As the driving force behind the Arcade Pony label, he has uncovered a great deal of emerging talent.Roland has produced under his own name and a variety of pseudonyms over the years, in addition to having collaborated with, and remixed, a veritable galaxy of artists. As one half of the duo Loverush UK, he has remixed the likes of Tiesto, Kylie Minogue, and Moby, and collaborated with Bryan Adams, Mory Kante, and Marcella Detroit. His pseudonym Kinky Roland is a familiar name to many across the globe, with reworks of Missy Elliot and George Michael (amongst others) and productions for Boy George, Marc Almond, and others.From having mixes on BBC Radio 1 to playing huge European festivals, to collaborating with international superstars, Punx Soundcheck have been on a mission striding confidently into the future from day one, and they’re not about to slow down anytime soon.