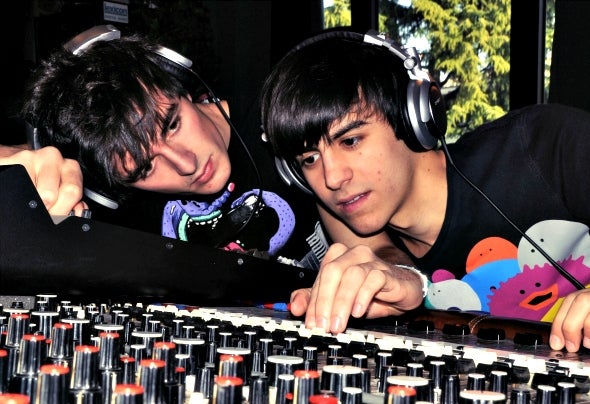 PsychoPlastiks is a project which started in 2009 through the partnership of 2 young DJs, Jack Gussoni and Dario Macaluso. Both of them were born in the early 90’s and, since the age of 10, they showed a genuine interest in Dance Music. When they were 14 years old, they decided to dedicate more time to it and, step by step, they developed the passion for djing, playing either with vinyls or CDs. Their DJ mixes are constantly evolving – they can be classied as electronic with techno/minimal inuences and the classy add of melancholic and deep sonorities which recall psychedelic moments. PsychoPlastiks have performed in lots of clubs around Varese district like Zoo Club (Switzerland), Just In, Lido di Luino, Fenice, Delight, DaBo, Kristal, MaBo, Magdal, La Teranga, Shirà, Kines, etc. In 2011, they began to produce Electronic Music using a laptop and a synthesizer. In 2012, they released their rst royalty-free album entitled “The Plastik Phobia”. Furthermore, several record labels have published dozens of PsychoPlastiks’ tracks, which are available in the top online music stores – Beatport, iTunes, Amazon, Juno, etc. PsychoPlastiks' DJ mixes are regularly broadcast on different international radio stations. In 2013, they launched “Spooky Farm”, their own radioshow which has later become a platform where gathering musical projects of different aliases that share a common vision: going to the soul of Electronic Music.