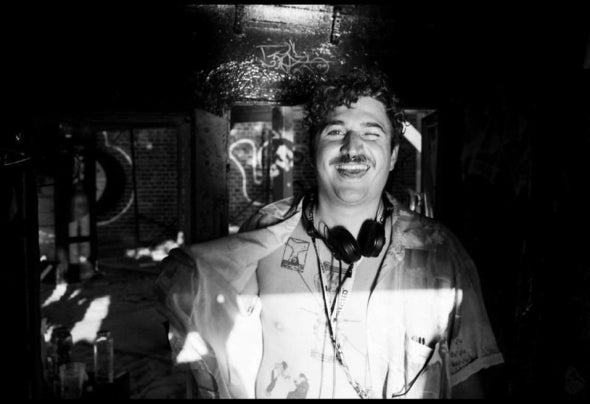 The Berlin resident shares his passion for analog recordings with his audience worldwide. He carries a large piece of music history in his record case and brings a refreshingly good mood- a mixture that captivates on the dancefloor. Chicago and New York House make his heart beat faster, but the young producer also has deep house and acid in his repertoire. With a special instinct for his guests, he is fascinated and inspired by role models such as Seth Troxler and Mr. G. With the help of these artists, Philipp stylishly creates a very groovy and often soulful sound that motivates his audience to dance. Since his first official appearance in 2011 at a small open-air called Tiefenrausch, his musical engagement has picked up speed. The Thuringian, resident in the cultural collective NEUGUT and NERVOES is well booked in the Beat-Mekka, berlin. In addition to regular gigs at the clubs Griessmuehle, Meier, Polygon, and Sisyfass, he transports his driving rhythms beyond the Berlin scene. Recently DJing at clubs in Hamburg such as Waagenbau and Fundbureau, at the Kulturlounge in Leipzig, in Weidendamm Hannover and at several festivals. His personal highlights include appearances in 2016 and 2017 at the Burning Man festival located in the Nevada desert. Not every musician can claim to have come this far. Philipp Frueh does not stand still. House music and Frueh’s persistent charisma and drive for fun is the fuel for his music.He produces tirelessly and is hoping to release new music with his current producing partner Ronald Christoph. Despite all his sentimentality for the origins of the House genre, it should also be mentioned that somewhere in Frueh's pocket there is always a USB stick full of music useful for paying tribute to the digital age.