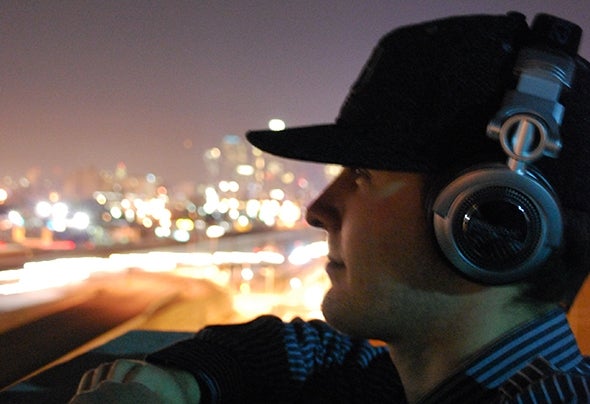 Music Producer and DJ Paul Loeb does more than create music, he creates inspiration. His thought-provoking and powerful life attitudes seep through the sounds that come from his home studio monitors. What’s more impressive is that these emotional, heartfelt anecdotes transcend from his Ableton Live sets and Pro Tools sessions all the way to his audience’s ears.In a world saturated with home-made music (both good and bad), Paul Loeb has found a way to differentiate himself and his sound. From studies in music production and overarching music industry theories, to successful business and marketing practices, Paul has found a nuanced way of creating and performing original digital music appropriate for an increasingly digital age. One can liken the lyrics found in his original tracks to verbal hooks that could easily be Facebook status updates ... or aspiring phrases that could be inspiring Tumblr posts. The talent Paul has for uniting beats and rhythms comes from a life of musical immersion that began when he was five. The transition from pressing piano keys to spinning turntables has been a natural evolution that has included playing the clarinet, trumpet, guitar, drums, saxophone, trombone, tuba, and the French horn. But don’t ask him to play the flute – consider it his kryptonite.And what would a well-rounded artist be without acknowledging his peers and predecessors? Beyond writing his own songs, Paul recognizes the importance of paying tribute to popular artists that are similar to his sound. He’s worked with notable artists such as Billboard Top 40 Dance Artist Kelsey B and international DJ Qazi. Paying tribute to his peers, he has remixed Kaskade, David Guetta, and The Rolling Stones. When asked about his thought process for producing remixes and mashups, he affirms that he likes “to pick the best elements from each track and blend them into a new source of dance floor destruction, while still keeping true to the essence of the original.” And of course, “destruction” is being used in the best sense of the word.Beyond his nod to other artists through producing, Paul shakes up dance floors with his live DJ sets. He plays the perfect blend of popular, unique and original music. Paul began his journey through the art of DJing with the software program Ableton Live. Naturally, his equipment – and talent – progressed. He moved through MIDI controllers, like the Trigger Finger and the APC40; but he recognized this wasn’t necessarily “true” DJing. Wanting to expand his capabilities, he turned to turntables (pun intended). After years of experimentation, Paul has landed on the CDJ-2000 players as his weapons of choice. Although these professional turntables are his preference, Paul is able to show up anywhere... anytime... and bring the beats (even with an iPad!).To round out Paul’s musical repertoire, he founded No Ego Records in June of 2010. A mere year and a half later, the label now boasts 20 DJs and music producers. Equally as astounding, the company is international and has had 25 worldwide releases.According to Paul, music “is the vehicle for creating emotional connection through melody and lyrics.” Luckily for us, Paul shares this vehicle and takes us on an unforgettable ride.At the end of the day, though, these are just words that attempt to describe an auditory experience. To truly understand the essence of Paul Loeb, get your free download of his latest track here: http://PaulLoeb.net