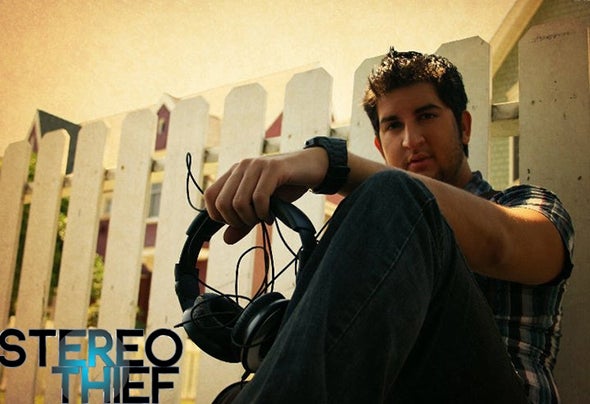 Stereothief, aka Eric De La Torre, is an award winning producer and DJ based in Los Angeles, CA. Having been described as 'one of the best dirty house DJs in LA', Stereothief keeps his dancefloors moving with an eclectic blend of energetic house and Top 40 music. While attending USC, Stereothief broke in to the local music scene by creating and performing at Techno Tommy nights, USC's longest running and most successful nightlife event series.His DJing ability has made him a finalist and pending Grand Prize Winner in the Las Vegas Spin Off hosted by Marquee Night Club. As a producer, Stereothief has made a name for himself by winning 1st prize in Nick Carter's remix contest for his summer single "Love Can't Wait". His other remixes of Top 40 songs, such as 'Moves Like Jagger' and 'Outta Your Mind' have hit over 100,000 views on Youtube.After releasing his first EP on Beatport titled "Pandemonium", Stereothief is just getting started leaving a slew of bass hammering remixes and original music in his wake