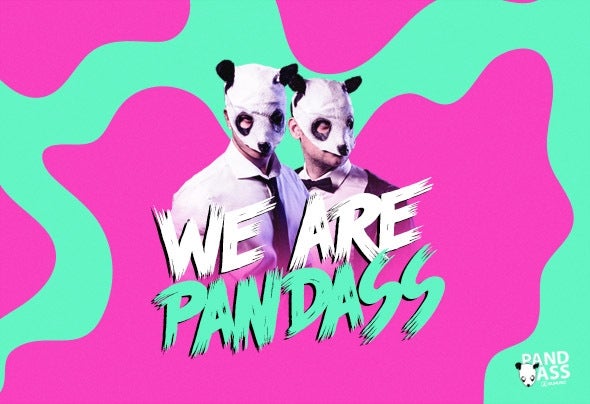 It was a clear night, the sky was starry and the moon watched majestically from above on the quiet forest. Here, crouched among the bamboo canes, near the shore of the stream, two pandas enjoyed a regenerating sleep after a long day of work and play.  Nothing disturbs the sleep of pandas generally, but that night something happened that changed forever the fate of those two cute animals.  A roar caused one to jump, then the other. Then the silence. Who, or what, dared to awaken those two pandas from their blessed rest? A dazzling light appeared in the sky, seeming to bet the stream.  The two approached with caution, alert and careful not to make mistakes, completely unaware of what was happening. When they arrived at destination, the two pandas were amazed.  The light bet the water, but there was something in the stream, something that the pandas had never seen. A sound attracted those two animals to that piece of land that had appeared casually that night in the middle of the water. When they arrived at destination, they found with their surprise an object never seen before, with many keys and two objects that remembered two ears, connected with a wire, from which that sound came. The two, undecided about what to do, could not retreat, attracted magnetically by that noise.  They approached those two objects, they put their snouts in and an explosion of energy through the body of the two pandas, they could not stop moving, captured by that magical sound.  From that day on, their life would no longer be the same and the night and day were reversed