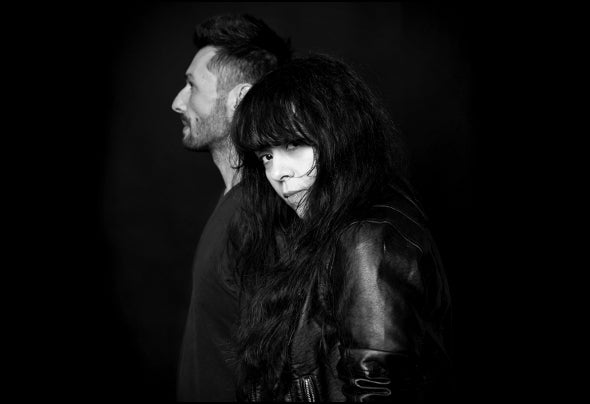 Monosaccharide is a band/DJ duo formed in Belgrade (Serbia) by Dragana Milinkovic and Sreten Savic. Both members were born in 1976 and infatuated and infected with techno music, the futuristic underground atmosphere and electronic media. Since they started working together in 2012, the same year they met, the band has been attributed to a range of genres, from deep house meets disco to techno , but they work is culminating in the release of their debut album "Unity" published 2013. for Exit Festival Label. These 9 tracks with singing synthesizers, synthetic sounds and moody pads represent the first set of results in a study on the spectrum of human emotions and their expression through sound and music, with an acute focus on states of the body and mind.During 2013. they started their own record label called Digitronica and in November they published their first techno EP called "Hard&Gentle".At one point band they developed alter-ego band called Positron which gave them possibility to express them self in whole new way.They make their own videos, since Dragana is film and tv director and consider that visual expression is very important part of their music and art.Named after the simple sugars that fuel the brain, Monosaccharide consider themselves to be something in between a conventional electronic band and a DJ duo, describing themselves as "instruments who make music that comes from the stars".