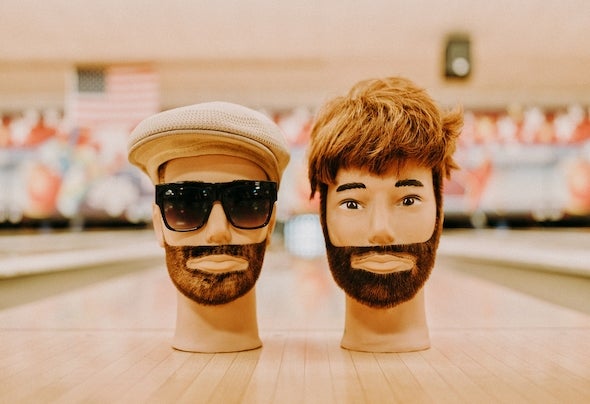 Both Harri and A are artists steeped in Glasgow’s rich musical history. Harri along with Dominic Cappello is behind the legendary weekly Subculture Saturday night at the Sub Club which is soon to celebrate its groundbreaking 30th year. It’s a much lauded residency which has led to Harri playing all over the globe earning a reputation as a stand out selector. As a producer he has also worked his magic under a long series of aliases crafting everything from chart bothering filtered disco to effortlessly cool house music. A too has a well earned DJ reputation as a skilled and innovative selector. His Sunday Circus residency ran for 9 boisterous years leading to DJ slots all over the city and much further afield. His production skills too have been much lauded with releases on amongst many others Sensu, La Dune, Posterboy & Lyceum Social Club. Mankinz is a hugely exciting pairing with releases on Let’s Play House, Mitchell St. Records, Made In Glasgow and Monologues Records and upcoming on Futureboogie and Refuge with a long list of respected early supporters including Black Madonna, Andrew Weatherall, Detroit Swindle, Levon Vincent, Ashley Beadle, Jacques Renault, Bill Brewster and many others.