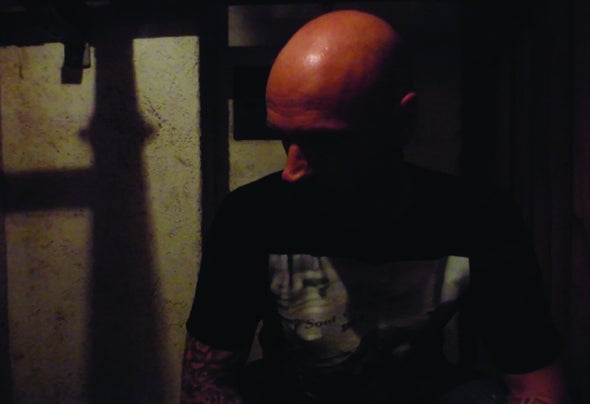 Kenned Pool DJ and Producer. He is the driving force and mind behind the music label„(seventy:two Records)“and from the legendary munich events“ My Name is Techno (MNIT).His sound evolved throught his DJ-career but he always remained true to his roots „Techno“In 1988 he went officially on the control pult, at that time Vinyls were the milestones of each Deejays and for his own DJ-Set.After this experience he knew that he belongs behind the control panel to get the crowed going with his Style of music.He is not only rocking for his new home town munich ( ex- berliner) but wherever he goes.2006 he established the label „Hardmunich Records (HMR)“ and the Community of Deejays (Com.OF Dee).Herewith he created two platforms for his partners and friends to give them the opportunity to present and publish his and there work and songs.He always stayed faithfull to his philosophy during his DJ- career and own label. He is one of the DJ who arent staging something rather he is trying to pull the audience out of the disdainfull daily grind and carry them into the techno world. His solgan is high quality rather than achieving sale volume.Everybody is jumping on the next train called „ trend „ to get fame and success, Kenned with Hardmunich – Records stayed faithfull to his fans and found trough this the succees that he earned. The first in-house release under the Name HMR 001 „Animal Kingdom“ was puplished 2008 from the label-chief himself. The second records followed in the same year and was a homage in munich.At the HMR002“ Oktoberfest“ DJ Kaoz and DJ Kvitta joined Kenned to produce the remix of the track „Einmarsch“ and „Oans,Zwoa, Drei Gsuffa“. 2013 a complete make over took place for the label,name and logo. T he new label' s name is „(seventy:two)-Records. Seventy:two stays for the electronical world of musich that means form techno over techhouse until minimal.With partys in the legendary munich Techno-Club „Strobe“, Kenned pool made in parallel to his DJ-career a name as a organizer. Today his events „ My Name is Techno“ are known outside of the border of munich and therfore he is booking the coolest techno- Acts. Newcomer, national or international artist that doesn't matter for him.He is rather looking out for the audience techno and party wishes.Today if you are asking Kenned Pool about his partys, he is only describing them in his own ways........ there are only WHOOMP; WHOOMP; WHOOMP