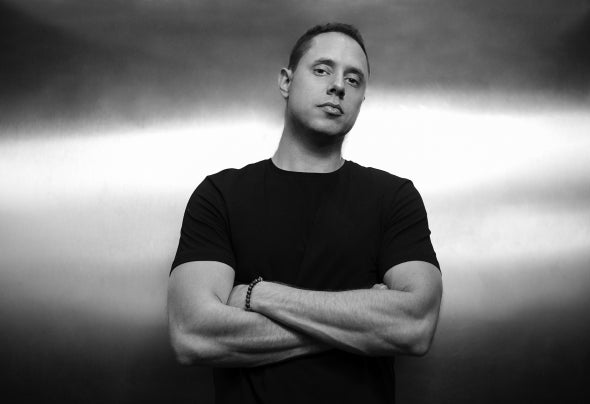 Electronic Music Producer/ DJ - J Swink is a proven integral player in the Washington D.C. club scene. With over 16 consecutive years of performance under his belt he is known as a master of both reading & rocking the crowd. His sets usually cross multiple genres from Techno all the way to Deep House creating a unique musical experience. After listening to him play you will understand that J Swink truly has his own style. He has shared the decks with the likes of Eric Morillo, Green Velvet, Christian Smith, Julian Jeweil, Layton Giordani, Will Clarke, Jerome Isma-Ae, James Zabiela and many more. J Swink recently aired twice on Ibiza Live Radio with one of the shows being a live mix in the studio in Playa d’en Bossa, Ibiza. His commitment to a full-time music production schedule has built a solid upcoming release schedule, with remix requests from several international artists. His rst two EP’s hit #1 in Techno releases on Beatport with one EP reaching #2 in overall releases and the other peaking at #4. His productions have been premiered on Data Transmission, Complex UK, Electronic Groove and 8 Day Montreal. J Swink has already lined up releases for 2019 so you can expect even more out of him for this upcoming year. Keep up with all of J Swink's gigs, music, etc at www.jswink.com