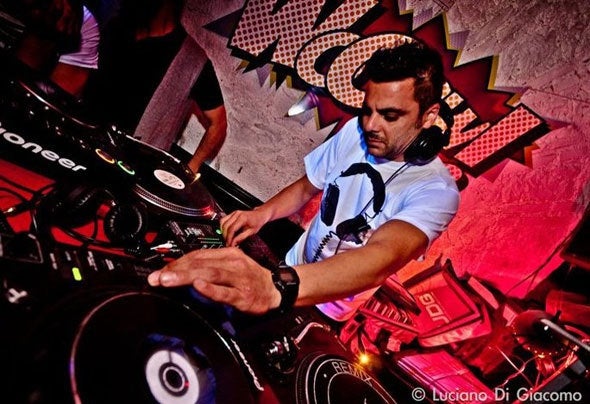 Flavio Rago began his career as a DJ in the 1991 at Extravaganza, a club on the outskirts of Rome. He soon succeeded on imposing himself on the Italian house scene, starting to ram the most important clubs consolle . Back in í93 he was resident DJ at Insomia (Pisa), and simultaneously began to turn the peninsula, collaborating with prestigious clubs such as Echoes, the Prince and Peter Pan (Riccione), the Kama Kama (Viareggio), Meccano (Firenze) , the UB (Milan), the City Undergroud (Pescara) and many others. In 1994, he signed with CafÈ Society the first of a series of productions on his record label (Leisure Records), but the ultimate success as a producer came in 2000 on Strictly Rhythm, a major American label that launched him on top of the Italian and English house charts, and which attracted the attention of the press. Flavio has a 10 years experience at radio, thanks to an ongoing collaboration with a note Capitoline radio channel, Radio Centro Suono, which sees it as one of the protagonists of the house radio broadcasting and host of a program. In recent years, moreover, is a guest in the coolest nights in Rome, bringing his dj-sets in as the local flagship Goa, the Horus Club, Loft, Zen, Saponeria, the Shilling and many more , while from some time, a summer destination is the Space Dance in Mykonos. His new tracks are available with House Park Records.