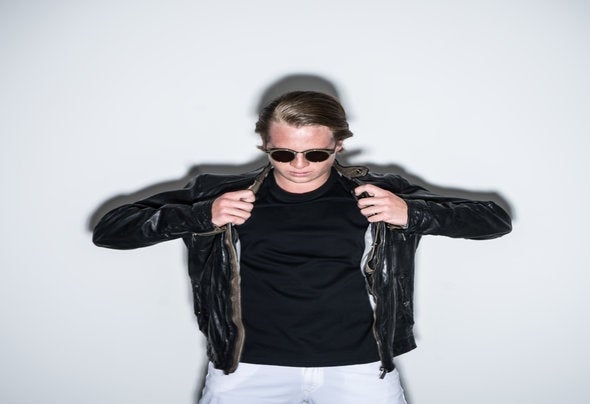 Born and raised in Guatemala, Emilio’s erudite Parisian parentage is just the first of countless places where one could try to find the blame for his untraceable, let alone understandable excess of artistic flair. Emilio was born in 1996, in Guatemala’s ancient former capital city of Antigua. His father, a club ownersince he was 26, was the perfect guide into a nocturnal and musical path from an early age; a path which he happily and conscientiously followed.This atmosphere naturally led Emilio to start experimenting with mixing from an early age, and playing clubs by the time he was 15. Nowadays, Emilio's "raison d'être" is taking the perfect combination of underground sounds and rare rhythms to dance-floors around the world and sharing the vibrations of his musical mind with as many revellers as possible. As he elevates the environments he comes into contact he seeks to free those who listen to his music from the burdens of every day living and existential woes.Emilio has coined found his unique blend of percussion-heavy and melody- driven yet genre-less dance music impossible to categorize under previously used categories, so he decided to give it his own name, ZALANIK. His Zalanik vibrations seamlessly and consistently perform alchemic transformations on dance-floors, turning even the most jaded of crowds into Dionissyan followers from one moment to another. Once your soul is filled with the exotic experience of Emilio’s spiritual performance, it’ll instantly be transported to an ethereal plane where earthly preoccupations melt away and nothing is left but you and your connection to Zalanik.