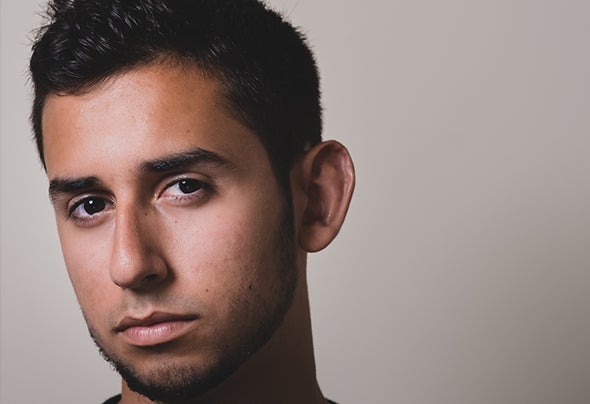 The next generation in electronic music is ready to aim,score and rule the crowds, taking the lead in this gamecalled music. Determined to be part of its ever-stretchingcurve, is Eche Palante. T he Florida-based producer and DJ,taken by the early sounds of house, likes to stir up the oldand blend them with the big noise booms of new. Sharing amad love for the on-going beat, Eche Palante is heading fornothing less than the top.With a musical background, playing the piano and drums, itwas no surprise that the young, creative mind of DylanEchevarria would be craving more. With the explosion ofEDM in the USA, he quickly taught himself the tricks andskills of electronic music production. His tunes have gottensupport from blogs, artists, and record labels worldwide,which is only half the reward for his hard work and energyput into them. The real reward, he finds, is to share hispassion and love for the genre. And that’s one thing thatdrives his hard-rocking, relentlessly energetic and originalproductions, never leaving his studio without the road-testapproval.Having played at several Florida clubs, such as Coliseumand Eve, and hearing back his work in clubs like Hakkasan,XS and many more, this guy knows that the only way is up.Rocking out under his Eche Palante moniker, he takes theworld track by track and beat by beat.